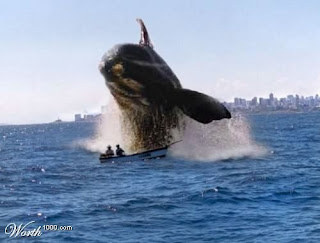 Be Careful! Have a safe new year !!

The last couple of days have been in the chilly 50 degrees. Sometimes the sun would peek through, but not often enough.

Ray came over to work, and we got a few more jobs done. We fixed a shelf in a closet. It was kind of hanging down and it was difficult to get hangers on and off the rod. We pushed it up and put a white ledger board under it, screwing into at least three studs. I don't know why, but everything in the back part of this house that my late Johnnie and I built, has stayed together, but all the rest needs fixing bit by bit.

One wheel on the top rack of my dishwasher was wonky, and which made it difficult for the rack to travel. So Ray found out what was causing that, and we might have fixed it. The spindle on the wheel fits into another hole and it had come apart. We hope that Marine Goop will hold it together. The part we glued will not stop the wheel from turning. I have caution tape on that top rack as I mustn't touch it for 24 hours.

Then we tried to fix the Commercial Upright Hoover that we use on the workshop mats. We found the little skinned wire that had caused the handle to shock Ray, and we fixed that, but the big bump part of the cord that stops it from coming through the housing, was messed up and we couldn't get it all to fit together again. I hope I don't have to buy a new cord for it.

The patio door going into the porch has one of those swing down bars that goes between the frame and the opening door as an extra lock. It had been jammed in place too many times and didn't work right, as it was too loose. I happened across the rubber end of a shower rod in the shed, it slipped right over it, and now it is tight again. A walking stick tip would have done the same thing, but I wanted white to match the door.

When the contractors finished this house they put caulk around all the light switch and outlet covers. That would have been alright, but they used some caulk that yellowed and it looked terrible. Gradually Ray has been fixing them, and two in my bathroom got gone today. He has to cut and scrape off all the old caulk to get the covers off. Sometimes Ray has to replace the switches or outlets as the contractors installed them before they ran the texture hopper and paint gun, so they look horrible. Couldn't even bother to cover them up with wide masking tape. Then Ray has to touch up the wall with paint. Most of the time we have to put oversize covers on the switches and outlets, as they cut the holes in the sheet rock too big, hence their messy caulking. These were on an outside north wall, and they hadn't even put the little insulation pads in the switch or outlet. I found some in the shed, so they are insulated now. They used the same yellowing stuff on my tubs, and Ray has re-caulked them too, years ago.

This evening I went to Jay's mother's house for the traditional black eyed peas and cabbage. Jay had cooked thick pork chops and sausage on the grill on their porch, while getting soused and loud. We don't trust anything that Jay cooks, so his mother, their neighbor and I refrained from eating the chops as they didn't look done all the way through. She couldn't find her cooking thermometer, so we couldn't check them. I can't believe that, as I use mine all the time, and won't put anything in my mouth until I check that it has got up to 160 degrees. I brought the chops home, and I will re-cook them for their dinner tomorrow.

That was enough work today.
Posted by LakeConroePenny,TX at 7:49 PM