Another Warm Day, So We Got Some Work Done.

It was so nice at 6 this morning that Bobcat could go on the porch before her breakfast. 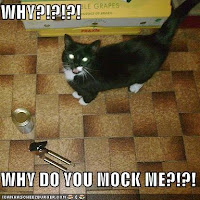 I had taken Orange Glow's food away from him last night, as with the dog gone, it was an ideal three days to get the Strongid-T wormer down him three mornings in a row. It is so much easier if I can put an animal on the grooming table to do that. It doesn't take a second, when you have them on a firm base at the right height. I knew he would be more relaxed without Debo in the big cage in there. But when I turned on the TV and raised the dog room blinds early this morning, I forgot to give him his medicine. It wasn't until Shay came over at 8.00 to tend to him that I remembered. So he had to wait until 10.00 am to eat. Gee, I felt so bad about that, as he has a good appetite, but he didn't complain. 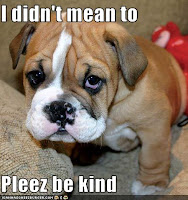 Ray came over at 9.15 and we got some work done. It was so nice to have the house windows and big workshop doors open and to be able to wear tank tops again. First we got all the stuffing that Debo had torn from his bed out of the big cage. I had been gathering what I could, as it came to the front of the cage, and I had already filled up four grocery sacks, but Ray got down in there, and we got the wooden bed out, got all the loose stuffing cleaned out and vacuumed up. I had a big garbage can and liner to put it all in, and there was a lot. I washed the sheepskin cover, and that's all he gets to sleep on when he gets back. He won't even get the wooden bed, as he has been chewing on it. So it is washed and put up.

We put outlet covers on all the outlets in the workshop. We have to keep on catching up with the things the contractors didn't do, all those years ago. Ray mounted a smoke alarm way up high in the workshop. It had been waiting for years to get installed. It was so old, that when I tested the battery, it was no longer good, but I had a new one, and it beeped it's test call. Later in the day, my bedroom one started beeping a mating call. It needs a new battery, now.
We cleaned off the top of the dryer and the draining board to the utility sink, as May had slopped paint on it some time ago. We put away some things, as that draining board and my dryer tend to become catch-alls. As the Commercial Hoover Upright is out of commission right now, Ray got my old Bissell Upright out of the storeroom, and we used that to vacuum the rugs in the workshop. Now that area looks nice again. That dark red carpet by the dryer sure does get linty looking.
By 4.30 pm a cold front had started to come through, so I had to close all the windows, and now we have a freezing rain advisory!
A changeable day.
Posted by LakeConroePenny,TX at 5:41 PM