It was a sunny , but chilly day. It wasn't until the sun came round to the front that Bobcat could go out on her porch.

Ray came over and put another coat of paint on the outside table, and raked up some of the mess the pine trees had made during all this windy weather. I hadn't been expecting him, as his back was so bad, so I was busy grooming MaeMae. So we couldn't do any of the other jobs.

Jay wanted me to pick him up, as he doesn't like being by himself while his mother is in the hospital. Fortunately she is doing well from her lung surgery and will be home in a few days. He picked up the piles of pine needles and took them to the burn pile, as Ray couldn't bend down to do it. I had to keep Jay busy outside, as MaeMae is too difficult to groom when Jay is in the house. He brought some shrimp for me to cook for him tonight, which I am marinading in butter, sesame oil, garlic, pesto seasoning, and then I will broil them. Then I took Jay home.

Today is the day I decided to give Debo the medicine where he couldn't jump around, and needed to be kept quiet for 24 hours. Fat chance of that! I am trying to keep him as quiet as I can. 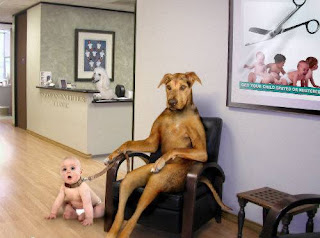 I got MaeMae groomed, and then we waited to hear how the cats were after their surgery.

Kenya called and said that Orange Glow tested positive for Feline Leukemia. It is a shame that his previous folks never got him vaccinated, and then chose to keep him as an outside cat. Cats fight, and that is one way they get it, from the saliva of infected cats. Ray and Shay had already said that if he had it, they would still want him fixed, and let him live out his numbered days here. So the vet neutered him, and gave him a rabies shot.

I picked up Jay for dinner, but he had got into something, and was really aggravating to be around. I had broiled the shrimp, made salad, and wheat angel hair, but he didn't eat much, and nor could I, he upset me so much. I took him back home, but kept MaeMae here as she was scared of him.

So another sad day.
Posted by LakeConroePenny,TX at 6:05 PM