Vegan, No! "My beef, after all, wasn't with beef." Meat's Toxins. Cargo Trailer. Hot. 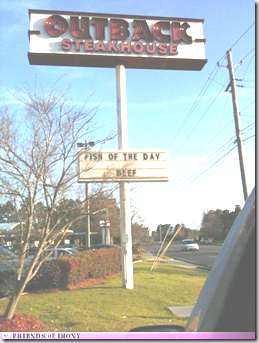 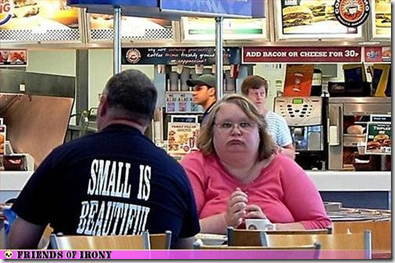 Why I Stopped Being a Vegetarian

"My beef, after all, wasn't with beef."
"I was a vegetarian for a long time – the bulk of my adult life, actually. When I realized how most of the steaks got to my plate (and how pumped-full of antibiotics and growth hormones they were), I put down my fork and took a vow to never be a part of that system again.
My research into the brutal American factory farm system and its effects on the environment was a life-changing stumble down into the rabbit hole; I discovered a twisted world of assembly-line death camps, crippled animals, radiated carcasses and festering diseases.
I don't have to get into the specifics, but clearly it wasn't a compassionate way to get my suggested 46 grams of protein a day. So I stopped eating meat, cold Tofurkey.

Nearly a decade later I'm no longer a vegetarian.  Nowadays I own and operate a small farm where I raise my own chicken, pork, lamb, rabbit, turkey and eggs. I had a serious change of heart, and it happened when I realized my aversion to meat wasn't solving the animal welfare problem I was protesting about. My beef, after all, wasn't with beef. It was with how the cow got to my plate in the first place. One way to make sure the animals I ate lived a happy, respectable life was to raise them myself. I would learn to butcher a free-range chicken, raise a pig without antibiotics and rear lambs on green hillside pastures. I would come back to meat eating, and I would do it because of my love for animals.

It may mean spending more money, but the way small farmers raise their sheep, goats, cattle and hogs on pasture is the polar opposite of those cruel places where animals are treated like a cheap protein and "quality" is a measure of economic algorithms, not life.
If cruelty is bad for business, business will simply have to change. When consumers demand a higher quality of life from the animals they eat, feedlots will become a black stain of our agricultural past."
More at: http://www.alternet.org/story/149601/why_i_stopped_being_a_vegetarian/?page=entire
________________

Maxine's Escape from Slaughter House
"A cow was spotted on the streets of Queens. She was tagged for slaughter, but escaped that fate and literally ran for her life. Police and firefighters captured her and brought her to Animal Care & Control in Manhattan. From there, Farm Sanctuary's rescue team stepped in to bring the Fugitive cow, now named Maxine, to safety at our 175-acre sanctuary for farm animals where she will live out her life in peace and comfort." 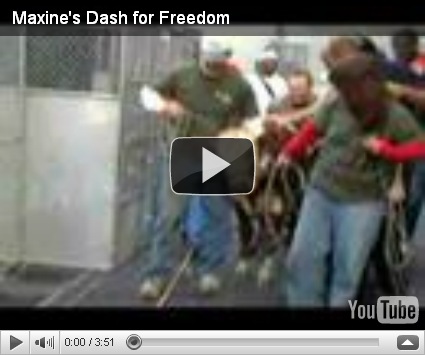 
The Type of Meat that's Full of Cancer-Causing Toxins, Not All Meats are Raised Equal.


"Let me make something clear. I'm not advocating that everyone should, or even needs to, eat meat. However, there are health consequences of abstaining from animal protein entirely. One of the primary questions you need to ask when you eat meat though is: how was it raised? This makes all the difference in the world when it comes to nutritional content and the health benefits of meat.
There's no question in my mind that we should all avoid factory farmed meat from CAFPOs as the harm likely outweighs the benefit for most. Factory farming is not only inhumane in the extreme, but it also produces inferior meat. Organically-raised, grass-fed and free-range meats however are a whole other animal. Nutritionally, they're just not the same. And you certainly cannot compare the stress- and disease levels between a pastured cow and one stuck in a feedlot."

Consider whether or not it contains nitrates, preservatives linked to cancer. Processed meats are not a healthful choice for anyone and should be avoided entirely, according to a recent review of more than 7,000 clinical studies examining the connection between diet and cancer.

Next, how you cook the meat will also influence its health benefits because any time you cook meat at high temperatures, dangerous chemicals are created, including:
In other words, even if you are a protein type who thrives on red meat, eating factory farmed, grain-feed beef that's been charred to a crisp will NOT improve your health.
More at: http://fitness.mercola.com/sites/articles/archive/2011/02/15/story-of-how-one-vegetarian-converted-to-farmer-and-meat-eater.aspx
__________________

Jay and I finished the bed frame on the right side at the back of the cargo trailer, and Ray primed it, ready for painting. Then he put the second coat of Hammered Aluminum paint on that big Texas Star, that came off the trailer. 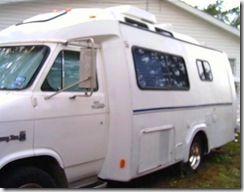 Jay put the new chassis battery in the B+ motor home. It sounds like it will start the motor, as soon as we get the auxiliary electric fuel pump going.
When I pushed the pump button, it didn't click, but I think it was wired to the closest battery, which is a house battery, that I haven't replaced yet.  Maybe we will check that out by bringing the Puddle Jumper to the side window, and try to jump it with some jumper cables.  We really need to find out if it is a problem with the pump, or what!

It was very hot, still no rain, in fact it tied a day in 1902 for the hottest day.
Posted by LakeConroePenny,TX at 7:25 AM