Power just suddenly went out early this morning, so I don’t know when I will be able to post the Travel Tuesday blog.
I took a long time putting it together yesterday, but it is in my desktop computer.


So I am back on Dial-Up.  This laptop needs a new battery, so I have to get on the stick, and order a new one, as hurricane season is a’comin.


For Travel Tuesday, let's go to Indiana, Seattle, and Nevada:

PARKS IN THE NEWS

"Indiana Dunes National Lakeshore, IN located about 35 miles from Chicago, traces its roots back to 1899 when Henry Chandler Cowles did pioneering plant ecology work along the shores of Lake Michigan.  However it wasn’t until 1966 when a small group of citizens was able to urge Congress to pass legislation to establish the Indiana Dunes National Lakeshore as part of the National Park Service.  The park was created within a “park-port” compromise bill that ensured the Port of Indiana, along with two large steel mills, could not be developed unless a section of the lakeshore was set aside for preservation.

Originally only 8,330 acres of land and water the park now includes more than 15,000 acres of sensitive dune lands, bird-filled marshes, oak and maple forests and remnants of once-vast prairies. More than 350 species of birds have been observed at the park and more than 90 endangered plant species are found within the park’s boundaries.

Indiana Dunes National Lakeshore provides park visitors a wonderful opportunity to hike along the dunes, swim in beautiful Lake Michigan beaches, climb the height of Mt. Baldy or explore the wonders of Pinhook Bog with a park ranger.

Threats
Still, after 40 years it is clear that the park is under constant threats. Indiana Dunes suffers from degradation of resources, boundary encroachment, visitor safety issues from the many highway and rail crossings in the park, and an “identity crisis” which leaves visitors confused as to when they are in the park.
NPCA’s Midwest Regional Office works with many park partners to address these challenges and shine the spotlight on this great national park site.
NPCA and its partners have established the project "National Park, Regional Treasure," to open a meaningful dialog about the challenges and opportunities at Indiana Dunes National Lakeshore. Read more >"
NPCA REGION: Midwest Regional Office  Acreage: 15,067.38  Category: National Lakeshore  Date Established: 11/05/1966
More Info: http://www.nps.gov/indu
________________

NPCA AT WORK IN THE PARKS

Chicago-area guidebooks often note the sandy beaches, dramatic urban skyline, and nearby sand dunes that run along Lake Michigan's southern shoreline; now they can add a nationally recognized paddling route to their description.

In May, the U.S. Department of the Interior designated a 75-mile stretch of the lake as a National Recreation Trail (NRT), the first "water trail" on the Great Lakes to receive this accolade.

Through the cooperation of public and private landowners, this trail--which extends north of the city along the entire length of Indiana Dunes National Lakeshore--provides a number of safe and publicly accessible entry and exit points to Lake Michigan. Partners in support of this national designation, including NPCA, hope it's the first step in what will become a trail around the entire shoreline of Lake Michigan."

"NPCA, in partnership with the National Park Service, will host this annual event in Seattle to celebrate our northwest national parks on Saturday, June 25, 2011. Northwest National Park Family Day--"Bringing the Parks to the People" --is a free, family-friendly event filled with fun activities geared toward children and those unfamiliar with national parks of the Northwest.
We hope to educate people on how to plan a visit to a nearby national park and inspire them to get outdoors and learn about the natural, cultural, and historical treasures in our National Park System. For more information, visit NPCA online. "

Under the Darkest of Skies, Thousands of Stars

"Humans have gazed at starry skies, in awe, for thousands of years, but as man-made light spills into the darkest hours of the night, it's getting harder to catch a glimpse of our galaxy. Can national parks preserve the experience?
For most of his life, Gordon Gower has been aiming telescopes at the night sky and has watched light pollution steadily obscure his clear view of the stars.
“I grew up in a city of 100,000 people in south Texas, and I could pick out constellations in my backyard,” he says. “But these days, fewer than 20 percent of Americans can see the Milky Way from their own homes.” "

Did You Know?
"Great Basin National Park is home to Lexington Arch, one of the largest limestone arches in the western United States. This six-story arch was created by the forces of weather working slowly over the span of centuries. This type of above ground limestone arch is rare."
__________________

"Consumer Cellular is committed to supporting the National Parks Conservation Association in our mission to preserve and protect America's national parks.
For every new or existing customer who signs-up for e-billing before June 2012, Consumer Cellular will donate $5* to NPCA. Contributions will fund NPCA's ongoing efforts to help ensure our parks will be enjoyed for generations to come.
Visit Consumer Cellular online to learn more about this opportunity and to sign-up for their free e-billing program > >
*Guaranteed maximum donation of $150,000."    Plans from $10: http://www.consumercellular.com/
____________________

(Houston SPCA) June 20, 2011 – "A wildfire broke out in Waller County on Friday June, 18th due to the severe drought that has impacted much of Texas.  The Houston SPCA made the decision to evacuate its ranch and transport 40 horses, donkeys and minis to the Shelter for safety." 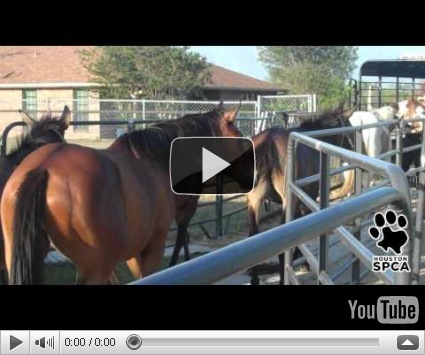 As for what I did yesterday:  I spent a lot of time messing around on the computer putting this and some future posts together, and took care of my animals, and my two little boarders.

My SPCA boss had said that if one of the other foster moms, who comes back from a trip today, couldn't take care of my orphan kittens, that I could turn them over to our local Animal Control, before they were spayed/neutered on the 28th. She said that they would go into their adoption program as they are socialized, vaccinated, and checked free of Feline Leukemia.

But when Animal Control brought a trap back, she said that they are up to capacity, and they are even having to put healthy, lovely, sweet, housebroken, spayed/neutered owner turn-in pets to sleep.    That is heartbreaking.

My granddaughter called and we chatted for a long time.  She wants to buy a purebred dog and start raising puppies, you know that went over like a lead balloon, with me.  People just don't understand how serious the homeless pet/feral overpopulation is.  I know from experience, that even raising and selling breeding/show quality puppies has to be thought of as a hobby, as there sure isn't any money in it, if you do it right.

So I emailed the big SPCA in Houston, and they sent me an Admissions Form.  They say they don't PTS unless animals have a medical or behavior problem.  Now that can be interpreted in several ways.

I did find out something that is very interesting.  They do not charge to put your sick/hurt animal to sleep.  So many people let their animal suffer, as they cannot afford to pay a vet to do it.

Now I am waiting to hear if the foster mom can take my orphan babies, or a trip to Houston SPCA will be in the cards one day.
Posted by LakeConroePenny,TX at 8:24 AM

I was at Indiana Dunes back in 1959 when I went on a long trip with my uncle in his airstream.

I like star parties and use to go to them when I had a truck big enough to cary my telescope.

I agree on raising animals, get ones that already exist.