Here we are again on "Winged Wednesday", where does the time fly?

"The Great Green Macaw is the second largest macaw in the world (after the Hyacinth Macaw); a gorgeous, bright green bird with streaks of blue and yellow in the wings and complements of red in the tail and above the large, black bill. Its raucous, early morning calls were once commonly heard throughout majestic tropical forests from Honduras to Ecuador. Now, the species is considered globally endangered, with a remaining population estimated at fewer than 3,700 individuals in small, fragmented populations.

Major threats are habitat destruction from logging, conversion of land to agriculture and cattle pasture, poaching for the pet and feather trades, and hunting.  In Central America, the life cycle of the Great Green Macaw is greatly correlated with the mountain almond, itself endangered due to logging.  In Ecuador, Great Green Macaws are reportedly shot as a crop pest.

Expansion and development of protected areas and effective protection and management of existing protected areas, along with increased education and outreach to local communities, is required to conserve this species.  To that end, ABC is working to protect a small population of Great Green Macaws in northwest Ecuador, where it has helped its partner Fundación Jocotoco buy and develop the 10,000-acre Río Canandé Reserve."
_______________ 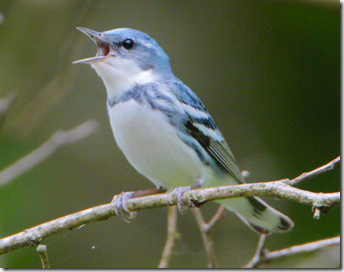 "Formerly one of the most abundant breeding warblers in the Ohio and Mississippi River valleys, numbers of this lovely warbler fell sharply during the 20th century. Its decline is related to habitat loss and fragmentation of its preferred forest habitat, large areas of big deciduous trees in mature to older growth forest, where it forages high in the canopy. Although its prime nesting sites in old-growth bottomland forests and mesic upland forests have disappeared, the bird is beginning to use second-growth forest in landscapes once cleared for agriculture.

Among research needed are studies of its survivorship on its Andean wintering grounds, landscape characteristics and effects of fragmentation on its breeding grounds, and response of populations to various land management activities."

"The sky blue Cerulean Warbler breeds from the Great Lakes region to Georgia, and west from Wisconsin to Louisiana, with particular concentrations in the Appalachians and Central Hardwoods region. It is the only globally threatened neotropical

migratory songbird that winters exclusively in South America, primarily in the subtropical humid forests of the Northern Andes of Colombia and Venezuela. It is threatened by fragmentation and habitat loss on its wintering grounds, and by hazards such as mountaintop mining and collisions with communication towers and tall buildings on its breeding grounds and during migration.
The Cerulean was formerly one of the most abundant breeding warblers, but is now one of the country’s most imperiled migrant songbirds. Overall, Cerulean Warbler numbers have plummeted by almost 70% since 1966."
_________________ 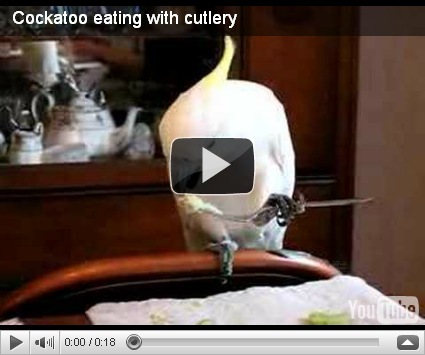 Animal Control brought back my carrier, and the two traps that had housed the 3 feral kittens, that Jay had trapped.  Now the traps will have to be sanitized and deodorized, as a possum won't go where a cat has been, and the possum is the one that Jay is after.  Likewise a cat won't get in a trap that smells of possum.

The many feral cats around here are the result of people letting their un-spayed/un-neutered cats run loose, and/or deserting them, and then they reproduce.  There is a leash law in this subdivision, but as we are just two miles off the freeway, people dump their unwanted dogs here too.  So Animal Control has to pick them up almost daily.  As we never know what we are going to catch, we have to be prepared.

We are just at the edge of the Sam Houston National Forest: http://http//www.stateparks.com/sam_houston.html   so possums, armadillos, nutria and other wild critters get in this subdivision.   We just take them down the road, to one of the boat ramps at the lake so they can go back to the forest.

This is our little cove on Lake Conroe: 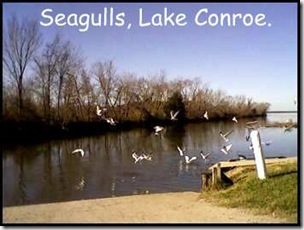 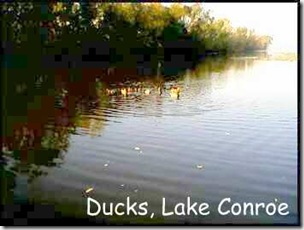 Here are pictures of the Sam Houston National Forest which spreads over three counties.

This is the site where Howard and Linda stayed in The Sam Houston National Forest: http://rv-dreams.typepad.com/rvdreams_journal/2009/10/travel-day-to-cagle-recreation-area-new-waverly-tx.html

They said it had "IT" factor!

Yes, I did go to see them while they were there, as I hadn't seen them since the last time they were in this area.

This is their review of Cagle campground in Sam Houston Forest:
http://www.rv-dreams.com/campground-reviews-texas.html#Site136


And you thought Texas was just desert and plains!
It is, in the north west part, but we have mountains, lakes and forests, too.
There are SEVEN distinct terrains in TX: http://www.tourtexas.com/page.cfm?p=regions&RID=8
------------------- 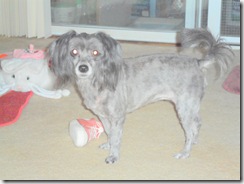 I knew Ray wouldn't be here, and so I asked Jay not to work either.

I needed a quiet morning to concentrate on what I was going to do, as grooming wiggle-wart Muffie was on my agenda for the day.

Posted by LakeConroePenny,TX at 6:13 AM

Everyone needs a quiet morning once in awhile. My three Shih Tzus just got groomed. We have them done once a month. BTW, one of ours is named Muffie (Ginger Muffin).