Do You Want Cancer With That? Mouse. Cargo Trailer.

All of us have cancer cells in our bodies.
But not all of us will develop cancer.

This is a long video, but you can learn so much that you can bet your life on it.
So isn't it worth your time to watch it?

"Find out more about integrative oncology with physician, neuroscientist, 20 year cancer survivor,  Dr. David Servan-Schreiber as he details his exploration of how a healthy lifestyle can help combat cancer. In addition to using modern medicine's treatments, such as chemotherapy, surgery or radiation, he urges people to integrate conventional cancer care with other healing practices" 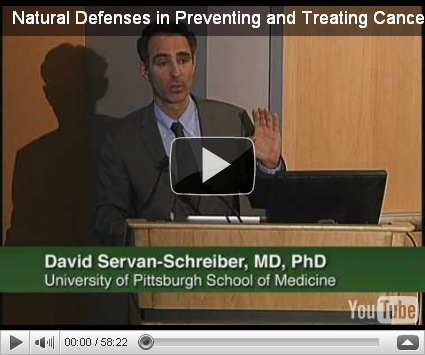 "Here’s a new fact about antioxidants: many of them also protect against cancer because they can starve cancer cells. This is a property called anti-angiogenesis.
Angiogenesis is the process our bodies use to grow new blood vessels. Cancer cells hijack this process to recruit their own private blood supply to feed themselves. Without these blood vessel lifelines, cancers remain microscopic and simply can’t grow. Antioxidants that are anti-angiogenic also fight cancer by starving cancer. This effect is as important as the free-radical effect.

Doctors recognize the importance of stopping blood vessels in cancer. Some of the most advanced cancer drugs have actually been designed to cut off the blood supply to tumors when cancer has been diagnosed. To learn more about angiogenesis, click here.
To read more about foods known to starve cancer, click here.


Which cancer-fighting antioxidants should you know about? There are many, but let’s start with three specific groups:
Carotenoids - These are a group of more than 600 antioxidants that help give fruits and vegetables their red, yellow and orange colors. Some examples are beta-carotene and lycopene. Foods rich in carotenoids include: papaya, persimmon, yellow squash, red pepper and carrots. Research correlating diet and cancer has shown that eating these foods can be protective against cervical cancer, stomach cancer, lung cancer, head and neck cancer, and kidney cancer, among others.
Isothiocyanates - The name’s a tongue twister, so let’s call them ITCs. These are a group of 1,000-plus natural molecules typically found in cruciferous vegetables – the green ones. Foods rich in ITCs include: chicory, Swiss chard, escarole, endive and parsley. Eating these foods can help protect against ovarian cancer, a deadly cancer that affects more than 200,000 women worldwide each year.
Flavanoids - Probably the most commonly recognized antioxidant, “flavanoids” actually refers to more than 6,000 different molecules. Many of them are pigments, so brightly colored foods are likely to contain them. Some examples are: red cabbage, raspberries, red currants and kumquats. These foods are protective against lung cancer, the number-one cancer killer of women.

What Color Is Your Cancer Fighter?


You don’t need to be a scientist to find foods with antioxidants. You’ve heard about the benefits from “eating the rainbow,” and that’s a great guide. Next time you push your shopping cart in the produce section, pick out some colored vegetables: reds, orange, yellows, greens, blues and purples. Fruits, too. These are sure to contain some of the cancer fighters I mentioned above. Diversity in your diet is good. Over the course of a week, eat as many colors as you can.

Here are some other assorted tips to get the most out of dietary cancer fighters:
Eating to Defeat Cancer: Spreading the Word Around the World


The non-profit Angiogenesis Foundation’s Eat to Defeat Cancer campaign is aimed at informing people about the evidence that eating certain foods reduces the risk of cancer. You can get more practical tips on how to use food to fight and prevent cancer by joining the campaign, and spreading the word. To learn more about cancer-fighting foods, and to get food facts and recipes you can use today, click here. "

Is it Time to Boycott This 'Anti' Cancer Charity? 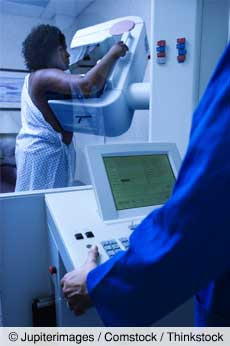 "The 130-page document linked below explains in detail why the American Cancer Society may be far more interested in accumulating cash than curing any disease. The ACS has close ties to the mammography industry, the cancer drug industry, and the pesticide industry.

It is riddled with conflict of interest.
And in fact, according to the report, the ACS has a reckless, if not criminal record on cancer prevention. Over and over again, they have promoted drugs and screening while ignoring environmental causes.
The report states, in part:


"The ACS ... [has] long continued to devote virtually exclusive priority to research on diagnosis and treatment of cancer, with indifference to prevention, other than faulty personal lifestyle, commonly known as 'blame the victim,' ... Not surprisingly, the incidence of cancer over past decades has escalated"."


"The American Cancer Society (ACS) is:

"That sounds all well and good, and a lot of people put their faith in this organization and dutifully participate in its highly publicized National Breast Cancer Awareness Month campaign each year, which includes the widespread promotion of mammography screening.
Little do they realize that the ACS is doing precious little to combat cancer, at best, and may actually hinder real progress, at worst…

In the report titled AMERICAN CANCER SOCIETY—More Interested In Accumulating Wealth Than Saving Lives, Dr. Samuel S. Epstein, chairman of the Cancer Prevention Coalition, plainly lays to bare the many conflicts of interest that hamper the effectiveness of this organization.

For example, the ACS has close financial ties to both makers of mammography equipment and cancer drugs. But that's just for starters. Other conflicts of interest include ties to, and financial support from, the pesticide-, petrochemical-, biotech-, cosmetics-, and junk food industries—the very industries whose products are the primary contributors to cancer!

Once you realize that these conflicts of interest are there, it becomes quite easy to understand why the ACS never addresses the environmental components of cancer, and why information about avoidable toxic exposures are so conspicuously absent from their National Breast Cancer Awareness campaigns.


"This is no accident," Dr. Epstein writes. "Zeneca Pharmaceuticals--a spin-off of Imperial Chemical Industries is one of the world's largest manufacturers of chlorinated and other industrial chemicals, including those incriminated as causes of breast cancer.
Zeneca has also been the sole multimillion-dollar funder of the National Breast Cancer Awareness Month since its inception in 1984, besides the sole manufacturer of Tamoxifen, the world's top-selling anticancer and breast cancer "prevention" drug, with $400 million in annual sales.
Furthermore, Zeneca recently assumed direct management of 11 cancer centers in U.S. hospitals. Zeneca owns a 50 percent stake in these centers known collectively as Salick Health Care."

It's no small irony that Tamoxifen has been found to cause cancer and increase risk of death, while several top-notch preventive strategies and many safe and effective cancer treatments are ignored."
Full article at: http://articles.mercola.com/sites/articles/archive/2011/05/24/american-cancer-society--more-interested-in-wealth-than-health.aspx

The ground had dried up enough that Jay and I could work on the cargo trailer.
It wasn't as hot as it has been, so the cats could stay on the screen porch until noon, but of course, the humidity was there, due to all the wet ground.

After doing some research about my optical mouse that highlights when I haven't told it to, I found out that it could be my old mouse pad.  So I switched to another one, but that didn't cure it.  Even though I prefer to have a wrist support, I tried it out on the bare desk, but it still did the same thing. I have vacuumed out that little 'see-hole' so many times, thinking a speck of dust was stopping it from being a 'seeing-eye-mouse'.  I suppose I will have to install the new mouse after all.  Silly me, I didn't think anything could go wrong with a wired optical mouse.

It was mostly little "rat-killing" jobs in the trailer.

Such as installing outlets, inside lights, screwing on face plates, putting the strips across the joins in the ceiling panels, stapling the trim around the front door, and in the corners.
I was hoping that we could get it ready enough to take pictures, and start to advertise the trailer.  But there is still a lot to clean up, before I can do that.

Maybe we can get more done this morning, before I have to take the kittens to meet their prospective new "Mom", today.
Posted by LakeConroePenny,TX at 7:27 AM

I have always felt that the Cancer Society is not interested in finding a cure - that would put a lot of people out of work, as well as dry up the pharmaceuticals and all the equipment used in finding cancer. I believe the same is true of diabetes.