Dec 27th 2010 at 3:00PM
Whole Foods Market is recalling 61 bakery products and prepared foods sold under its store brand after its supplier, Rolf's Patisserie of Illinois, was linked to 100 cases of food poisoning, the U.S. Food and Drug Administration said.

Rolf's Patisserie recalled all its desserts made after Nov. 1 after they were connected to four outbreaks of staphylococcus aureus food poisoning in two states. The desserts were sold online and through retailers, wholesalers and the bakery's catering service, including Whole Foods. The FDA is working with the Illinois Department of Public Health to get a distribution list.

The U.S. Centers for Disease Control said staphylococcal food poisoning is caused by toxins in food produced by the bacterium. Consumers may start to feel sick from the toxins in as little as 30 minutes and usually throw up, feel nausea, have stomach cramps and diarrhea. Most people get better in one to three days.
From: http://www.walletpop.com/2010/12/27/whole-foods-recalls-61-products-after-food-poisoning-linked-to-s/
_______________________

I Learned the Hard Way  by Dr. Karen Becker, DVM:

"I was in my second year of veterinary school and I had a Rottweiler named Gemini.


I was getting free food from the school for Gemini. I was told it was good food (Science Diet), I was broke, and I liked the idea of free food for my dog.
Unfortunately, when Gemini was 7 she went into acute liver failure from an additive in the Science Diet food called ethoxyquin. Ethoxyquin is a stabilizer commonly added to pet food that is known to damage the liver.
I didn’t think Gemini was going to make it.

I made a change to her diet literally overnight.   Gemini lived to be 13.
My experience with Gemini was pivotal for me. It changed my belief about how companion animals should be fed.
It changed forever how I feed my own pack and the nutritional guidelines I give my veterinary clients, other pet owners and pet caretakers.
Because Gemini was so seriously ill and the cause was her diet, I had to make an overnight change to save my pet’s life.
I hope you never find yourself in a similar situation, and it’s likely you won’t."


"Or the owner of an older pet will tell me, “Oh my gosh! What have I done? I just realized I’ve been feeding my 13 year-old dog terrible food his whole life!”
I want all of you in a similar situation to take heart. I’m here to tell you it’s never too late to implement small changes that can make huge gains in the overall wellness and quality of life of your beloved companion animal."

Yet ANOTHER Pet Food Recall for Deadly Contaminants: 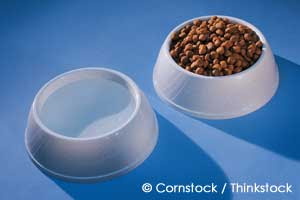 We don't have a Whole Foods here, and I don't feed my animals Science Diet, or Kroger's cheap foods, so, thankfully we have not been affected.

It is a lovely day, with a high of 72.4 deg. so far.  Ray and I worked in T-shirts.  It was overcast, with a forecast of 20% rain.  We started out by looking at the guest house breaker box, as the new breaker had been tripping.  We removed a dead lizard from the inside of the breaker box with some plastic tweezers, (really my strawberry de-corer), then pulled the breakers and sprayed them with Contact Cleaner.  Mine is just a generic brand, but it seems to work just as efficiently as the well known, Caig's De-oxit.

Sometimes, it had taken up to 15 minutes for the breaker to throw, so, as we could see a light in his bathroom window if we walked into his back yard, we worked on the outside front of the cargo trailer.  Frequently, one of us would walk back there to see if that light was still on, and Ray even started a load of laundry and turned on different appliances to try to make it throw, but it didn't.  It must have been oxidation on the metal contacts of the breaker box that was causing it.  Though I did check the old breaker with my ohmmeter, and I couldn't get a reading.

Someone had gooped up the front seams of the cargo trailer with silicone. That takes a lot of scraping, and cussing to remove it.  The place where they had screwed that piece of plastic over the old war wound, had left screw holes, so Ray filled them with Bondo Spot Filler.

We got most of the front prepped for painting today.

Posted by LakeConroePenny,TX at 3:22 PM