Thanks for all your good work saving America's wilderness in 2010!

"Boozing parents may be responsible for spike in cases.
A new study finds that more babies die of sudden infant death syndrome (SIDS) in the United States on New Year's Day than any other day of the year.

It's not clear why, but researchers suspect it has something to do with parents who drink heavily the night before and put their children in jeopardy.

"Alcohol-influenced adults are less able to protect children in their care. We're saying the same thing is happening with SIDS: They're also less likely to protect the baby from it," said study author David Phillips, a sociologist. "It seems as if alcohol is a risk factor. We just need to find out what makes it a risk factor."
SIDS kills an estimated 2,500 babies in the United States each year. Some researchers think genetic problems contribute to most cases, with the risk boosted when babies sleep on their stomachs."
More at: http://www.realage.com/healthday-news/sudden-infant-deaths-most-common-on-new-years-news-647766?eid=5861&memberid=22654565
_________________

"It's New Year's Eve, and I'm worried about you. I'm not concerned about you drinking and driving because you're too smart for that; it's the drunks sharing the road with you who scare me. We're getting better when it comes to drinking and not driving, but there are still way too many cheating drivers out there. Here is just a portion of the drunk/high arrests made in just a few days by the vigilant officers at the Troy Police Department."    More at The Detroit News: http://detnews.com/article/20101231/OPINION03/12310348/Watch-out-for-New-Year’s-Eve-drunks#ixzz19igeUi6w
__________________

New Year Drunks Should Pay for Hospital Care?
Taken from a Reuters report, the headline references the toll intoxication is taking upon Great Britain’s public health care program. British citizens do not have to pay for their health care, and in the last decade hospitalization for alcohol intoxication has doubled. The government is considering charging the equivalent of $845 to anyone who is admitted to the hospital in a drunken stupor. (Health care costs for alcohol related illness in Great Britain is in the area of 5 billion dollars a year). From: http://mobile.reuters.com/article/oddlyEnoughNews/idUSTRE5BU29E20091231
___________________

Answer: Simply put, the answer is yes! In the earliest days of the Church (first and second centuries after Christ) there were no such celebrations as Christmas and New Year's. The New Catholic Encyclopedia states: "According to the hypothesis accepted by most scholars today, the birth of Christ was assigned the date of the WINTER SOLSTICE (December 25th on the Roman Calendar . . . January 6th on the Egyptian Calendar) because on this day, as the sun began its return to the northern skies, the pagan devotees of MITHRA celebrated 'dies natalis Solis Invicti' (the birthday of the invincible sun)."

Those customs carried over in the observance of Christmas (with its many traditions and practices steeped in paganism and mythology), and the "birth" of the "new year" of the sun! This is why the Roman calendar designates Jan. 1 as the beginning of the "new year" as opposed to God's holy calendar (the Hebrew calendar). The beginning of the year from God's perspective is in the spring.

Much of the symbolism associated with New Year's today (mistletoe among others) has very definite sexual origins and meanings.

Because we live in this secular society and must operate within the Roman calendar, even as Christians we acknowledge that a new calendar year begins to be counted on Jan. 1. Yet to get involved in the celebration of such would not be appropriate. That said, one should be careful not to become too judgmental if a Christian is, for example, viewing a football game or parade at that time of year—as opposed to actually "celebrating" the "new year."

There are many resources that show the pagan origins of New Year's celebrations. You can find related material in reference encyclopedias and online research resources as well.
From: http://www.verticalthought.org/issues/vt05/qa.htm
___________________

The Formica which I had been saving for my bathroom chest of drawers countertop, is no longer available, so we can't use it for the trailer. So I have been looking at other Formica patterns and colors on line.

I have a few picked out, and they will send me samples, or I can look at them at one of the building stores. They always look different on a computer, but so far, I think top left, Crystalline Pearl, looks like the best match. 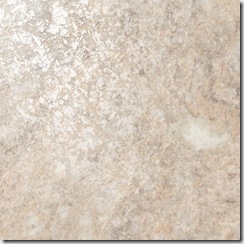 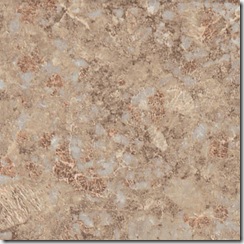 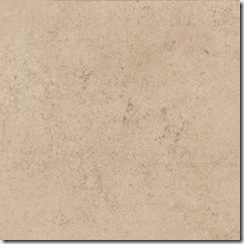 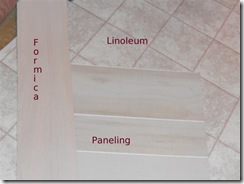 The weather was nice, but overcast, but it was still T-shirt and 'windows open' weather.   We looked at the animated radar of our area, and it showed rain coming.  You could smell it in the air.  So we spent the time sanding the Bondo patches on the front of the trailer, on the floor patches, and the countertop base.
I took my thermo-hygrometer outside and the humidity reading showed that we could use the primer, so Ray primed the Bondo patches.

It just had a chance to dry, when it started raining.  Not hard, but enough to stop us from doing any more, today
Posted by LakeConroePenny,TX at 1:46 PM

Do you ever take a day off? Hope you have a great New Year..