Passover Starts Tonight Then The Feast Of The Unleavened Bread. Cargo Trailer.

"Maybe it's time to take a closer look at Easter—and instead learn about the biblical Passover, with its wonderful meaning. It can easily be found in the pages of your Bible." 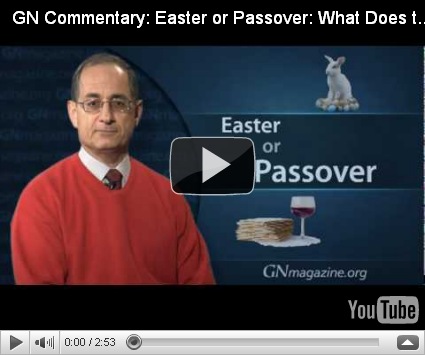 "Many believe that God's endorsement of Passover ended with Christ's death—and that He has since replaced it with the observance of Easter as a celebration of Christ's resurrection. But is that so?

On April 24 of this year, a billion or more people who identify themselves as Christian will celebrate Easter. The week before, a far smaller number will observe Passover.

How do these two scenarios compare? On the one hand, we have a fun-filled Easter egg hunt, Easter bunnies galore and an Easter Sunday sunrise service. On the other, a solemn Passover service that typically includes participants washing one another's feet and partaking of unleavened bread and wine.

Easter seems more fun, more joyous; Passover seems old-fashioned and more serious. These are some differences that are obvious on the surface. Many other differences aren't so obvious.

A valid replacement?
Have you ever compared the meanings and symbols of Passover and Easter? Have you ever asked what God thinks of the two?

If you celebrate Easter with sincerity (and many millions do), you likely regard Easter as a religious holiday that superseded the archaic Old Testament Passover. After all, that's what most churches teach—that Easter has replaced the Passover. But is there more to the story than that?

Even the Catholic Encyclopedia acknowledges that Jesus and His apostles never celebrated Easter, observing instead the seventh-day Sabbath and the annual festivals of God, including the Passover, all listed in Leviticus 23 and mentioned in many other places in Scripture (New Catholic Encyclopedia, Vol. 5, 1967, p. 867, "Early Christian Feasts").

You might have heard that Easter came from pagan origins but may have simply dismissed this as irrelevant. After all, God surely wouldn't mind if you celebrated this holiday to honor Him, would He? Yet He does mind. The Bible clearly states that God wants to be worshipped according to the way He instructs in the Scriptures (see Deuteronomy 12:29-32).

Has Easter, in fact, replaced Passover as a Christian obligation, sacred because so many people keep it and because it was sanctioned by the universal church? Additionally, does Passover keep the Jews (and those Christians who insist on observing it) in darkness, unable to receive the grace and life of Jesus Christ?
If those assumptions are true, then—end of story. But if they are not, then we'd better ask some serious questions. In fact, we'd better seriously question those assumptions either way.


Shining the light on Easter

Can Easter and Passover be compared and weighed in the balance? If so, could and would it have any effect on your life, your future?

Many sources are available that describe the origins, history and purpose of the Easter celebration. If you read them without checking what the Bible says about which religious festivals are acceptable to God, you could easily conclude that the writers and researchers know what they are writing about. Their analyses may seem well-grounded, even beyond questioning.

But question you must. If you follow human dogma that doesn't match Jesus' teachings, you're on religious quicksand without the lifeline of God's saving truth.
You can check in nearly any Bible help or encyclopedia to verify several fundamental facts: 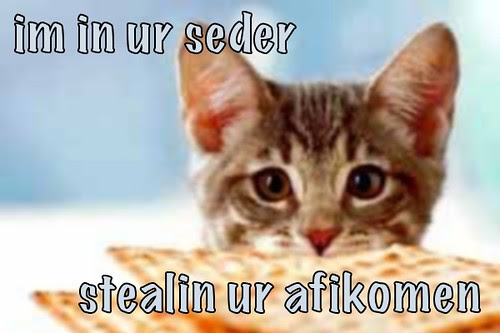 What foods are traditionally eaten on Passover?

The most common food eaten on Passover is Matzah, a cracker-like replacement for bread. During the Seder other unique foods are eaten, like haroset, a mixture of apples, nuts, wine, and spices. For the duration of the holiday, all leavened foods are prohibited.
•  Matzah Balls
•  Potato Kugel
•  Chocolate Espresso Cookies
______________

The Chronology of Christ's Crucifixion and Resurrection:

Tuesday: Jesus Christ ate an evening Passover meal with His disciples and instituted the New Covenant symbols (Matthew 26:26-28). Jesus was then betrayed by Judas, arrested and during the night brought before the high priest.

Thursday: Wednesday sunset to Thursday sunset was the high-day Sabbath, the first day of Unleavened Bread (John 19:31; Leviticus 23:4-7). It is described as the day after the Day of Preparation (Matthew 27:62).

Friday: The high-day Sabbath now past, the women bought and prepared spices for anointing Jesus' body before resting on the weekly Sabbath day, which began at Friday sunset (Mark 16:1; Luke 23:56).

Saturday: The women rested on the weekly Sabbath, according to the Fourth Commandment (Luke 23:56; Exodus 20:8-11). Jesus rose near sunset, exactly three days and three nights after burial, fulfilling the sign of Jonah and authenticating the sign He gave of His messiahship.

Ray did some more painting in the cargo trailer, while I went shopping.

Still no rain, so I will have to water the grass, plants, and hedge again, today.
Posted by LakeConroePenny,TX at 2:16 PM