The Pasch or Christian Passover. 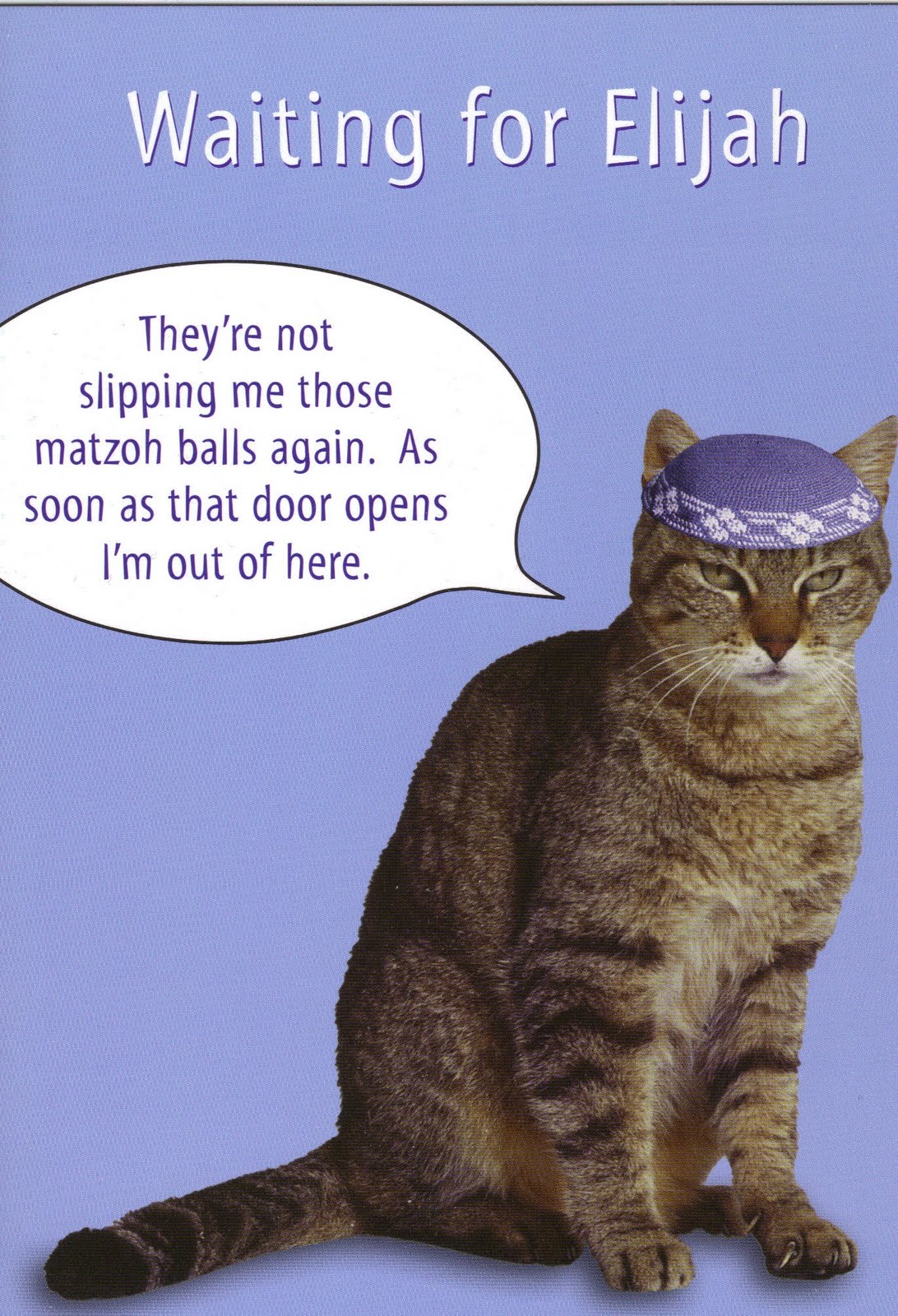 Passover or Pesach, is really more than festival. It is a teaching experience, especially for the children, intended to call people to their identity as the People of God. The Passover Seder tells the story of God's grace in history and calls on all the participants to experience and share in the story as their own story.

There has been increasing interest among Christians in this ancient festival.


There are various reasons for this renewed interest: an increasing sensitivity to cultural and societal problems and a corresponding desire to learn about others; a renewed awareness of the importance of the Old Testament Scriptures as Christian Scripture; a desire or even a need in our modern world to recover a sense of the sacred through liturgy and sacrament; the willingness to find new and innovative ways to worship; and perhaps even the enjoyment that comes from acknowledging the continuity with a 3,000 year old community of faith.

As a result, there has been an explosion of interest in adapting the Passover festival to Christianity. Various organizations, such as "Jews for Jesus",*** have long promoted Christian Passover services as a means for Jews to retain their cultural heritage while confessing Christian faith. They have also used the Christian Passover as a means to 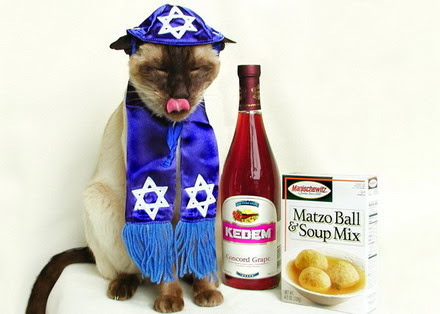 communicate to Christians the Jewish religious heritage that they value."
More at: http://ezinearticles.com/?Passover-Celebration-for-Christian-Families?&id=224895

"Sometimes people ask us, "How long has Jews for Jesus been around?" We love that question because it gives us the chance to grin and say: "Since 32 A.D., give or take a year." The joke reminds people that a minority of Jewish people have always believed and proclaimed the gospel, and that we follow in that same tradition."
_______________________

What annual festivals occur early in the spring? 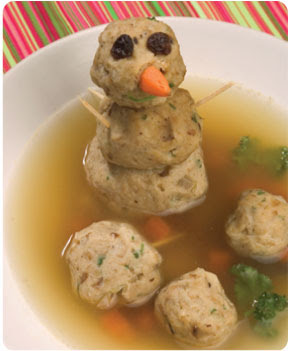 The two early-spring festivals are the Passover and the Feast of Unleavened Bread. The sacrificial lamb was slain on the Passover (the 14th of Nisan), and the Days of Unleavened Bread were observed for seven days from the beginning of the 15th of Nisan to the end of the 21st day. It was during these days that ancient Israel marched out of the land of Egypt toward Mount Sinai.


What did the Passover service mean to the ancient Israelites?

"And when your children ask you, 'What does this ceremony mean to you?' then tell them, 'It is the Passover sacrifice to the LORD, who passed over the houses of the Israelites in Egypt and spared our homes when he struck down the Egyptians'" (Exodus 12:26-27, NIV).

"Then Moses called for all the elders of Israel and said to them, 'Pick out and take lambs for yourselves according to your families, and kill the Passover lamb. And you shall take a bunch of hyssop, dip it in the blood that is in the basin, and strike the lintel and the two doorposts with the blood that is in the basin. And none of you shall go out of the door of his house until morning. For the LORD will pass through to strike the Egyptians; and when He sees the blood on the lintel and on the two doorposts, the LORD will pass over the door and not allow the destroyer to come into your houses to strike you'" (Exodus 12:21-23).

The ancient Israelites knew that the firstborn in each family was spared from death only because God could see the blood of sacrificed lambs at the entrances to their houses. Throughout Egypt all those living in houses not having their entrances smeared with the blood of these sacrificed lambs lost their firstborn. But the families of Israel, being obedient to God's command to sacrifice a lamb, were delivered from death. Their firstborn did not perish.

Did Jesus look forward to participating in the Passover service with His disciples? "Then came the day ... on which the Passover lamb had to be sacrificed. Jesus sent Peter and John, saying, 'Go and make preparations for us to eat the Passover'" (Luke 22:7-8, NIV).

"When the hour had come, He sat down, and the twelve apostles with Him. Then He said to them, 'With fervent desire I have desired to eat this Passover with you before I suffer'" (verses 14-15).

"While they were eating, Jesus took bread, gave thanks and broke it, and gave it to his disciples, saying, 'Take and eat; this is my body.' Then he took the cup, gave thanks and offered it to them, saying, 'Drink from it, all of you. This is my blood of the covenant, which is poured out for many for the forgiveness of sins'" (Matthew 26:26-28, NIV).


Does God still expect us to observe the Passover?

"And you shall observe this thing as an ordinance for you and your sons forever" (Exodus 12:24).
God instituted the Passover, and all His other festivals, as continual, enduring and permanent observances (compare Leviticus 23:14; 21, 31, 41). The word translated "forever" in these verses usually means perpetual rather than eternal.
In other words, these festivals were given as permanent festivals, observances we should keep throughout our physical existence.

God never intended them to be mere temporary observances that we would discard at a later date, as is commonly taught today.

What meaning does the Passover have for Christians?

"For indeed Christ, our Passover, was sacrificed for us" (1 Corinthians 5:7).
"For you know that it was not with perishable things such as silver or gold that you were redeemed from the empty way of life handed down to you from your forefathers, but with the precious blood of Christ, a lamb without blemish or defect. He was chosen before the creation of the world, but was revealed in these last times for your sake" (1 Peter 1:18-20, NIV; compare Exodus 12:3-6).

The apostles Paul and Peter understood that the slain Old Testament Passover lamb foreshadowed the death of Jesus Christ as our sacrifice for sin.
Notice the reaction of John the Baptist to Jesus: "... John saw Jesus coming toward him, and said, 'Behold! The Lamb of God who takes away the sin of the world!'" (John 1:29). John also understood the symbolic and prophetic relationship of the Old Testament Passover to the work and mission of Jesus the Messiah. 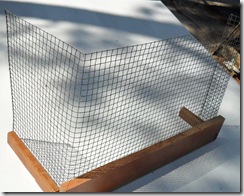 Ray primed and painted the boards that Jay had already cut for the sides of the cargo trailer's closet, and the new 4' x 8' sheet for another section of ceiling.

Then Jay and I made a very strange looking thing.  It is to fool old, near blind, Misty, the poodle.  She won't be able to get litter crumbs on her nose anymore!  She might not be doing anything bad there, maybe just curious, but she won't be able to see that the cats can go in on one side.

The weather is just right, as it isn't quite so warm and humid, today.
Posted by LakeConroePenny,TX at 1:58 PM

That looks like it will keep Misty out of the litter for sure.

My money is on Misty. I bet she figures it out, but only if she wants to. . .Good post today, lots of history that everyone should know.

Thanks for all the info today. Hope you do a follow up on Misty and the puzzle.

Thank you for your comments, Carol, Dizzy-Dick and Pidge.

Well, Dizzy-Dick won!
I caught Misty with litter grains on her nose. So I moved the 'cage' over near the right side wall. I braced it with my laundry hamper and just left enough room for the cats to get through, and she hasn't been in it since.
Happy Trails, Penny, TX