It's The Last Chance: Don't Let Them Wipe Out Animal Protection Laws

"The King Amendment is a potential disaster for laws protecting animals:

The House version of this year's Farm Bill contains a provision from Rep. Steve King (R-Iowa) that could negate most state and local laws on the production or manufacture of agricultural products. The King Amendment is a radical federal overreach that aims to block state laws protecting animals. It could also overturn many state laws covering child labor, dangerous pesticides, labels on farm-raised fish, and more. Please act now.

What is the King Amendment?

Laws like California’s Proposition 2, which will phase out cruel confinement for farm animals, could be reversed. Compassion Over Killing.

The King Amendment could ax state laws on health and safety

Beside animal welfare laws, the King amendment could nullify a wide range of state and local measures regarding food safety, labeling, environmental requirements, labor standards, and other important issues. For more examples, check our fact sheet [PDF]."     More at: http://www.humanesociety.org/issues/confinement_farm/king-amendment.html

Can We See Our Hypocrisy to Animals? 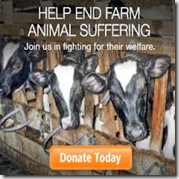 “There are still tens of billions of animals suffering horribly in factory farms every year, around the world.”   From: New York Times op-ed: Can we see our hypocrisy to animals?

From Me:  More reason to buy happy, pasture-raised beef, poultry and eggs. They are more nutritious so you eat less, so it doesn't cost more.  Anyway, it is still cheaper than medical care, so what price do you put on your health?

"The holidays are a joyous time, but the season does bring its own set of dangers for pets. Keep your furry family member away from these items to ensure a merry holiday for all.

If you think your pet has been harmed by or consumed one of these items, contact your veterinarian or the ASPCA Animal Poison Control Center (888-426-4435) immediately." 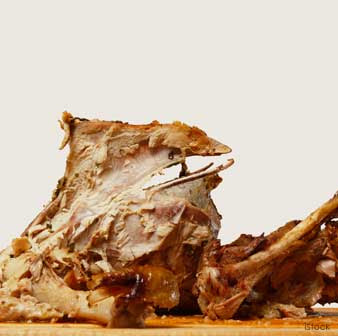 Resist the urge to feed holiday table scraps to your dog or cat, and make sure your pet doesn't gain access to tables or countertops loaded with edible goodies. Rich, fatty foods can cause everything from mild indigestion to a serious case of pancreatitis in susceptible pets. Turkey bones and any cooked bones are also a no-no because they can splinter or break apart, puncturing or blocking internal organs."      More at: http://healthypets.mercola.com/sites/healthypets/archive/2013/12/16/10-holiday-pet-hazards.aspx

"Aflatoxins are deadly metabolites produced by fungi that grow on crops, in particular, corn. These mycotoxins are known to cause acute toxic illness, including cancer, in both animals and humans.

The Argentina study results conclude that glyphosate enhances the growth of aflatoxin-producing fungi on GM corn. This is important because recent estimates are that over 60 percent of corn grown in the U.S. is genetically modified, and at least half the sweet corn grown on U.S. farms is as well.

A fascinating new twist in the growing contamination problem is a recent study that shows Roundup herbicide, the primary herbicide used in GM agriculture, promotes the growth of the fungi that produce aflatoxins. This certainly further explains the alarming increase in contamination levels in U.S. corn.

Also avoid formulas containing cereal grains. Instead, select organic pet foods or prepare a balanced homemade diet made from organic ingredients, for you and your pet."    More at: http://healthypets.mercola.com/sites/healthypets/archive/2013/12/11/aflatoxin-contamination.aspx

From me:  More reason to buy organically grown veggies, which are non GMO and do not have the pesticide Round-Up, or funguses in them. http://www.nongmoproject.org/find-non-gmo/search-participating-products/

Turning Your Dog Into Your Workout Partner

"If you do it right, power walks, or “workout walks” with your dog may just replace your need for a gym membership. And what could be better than spending that extra time with your pet, insuring he’s getting all the physical activity he needs to be healthy?

First, though, you must reprogram any dog who has grown accustomed to checking it's 'pee mail' and 'sniff-piddle-dawdle' walks. Don’t expect to make a one-day transition from leisurely strolls to power walking. It will take several sessions for your pet to catch on. 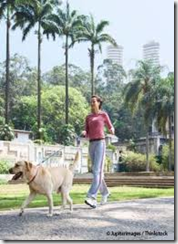 Of course, you’ll also be taking your dog on casual walks, so you’ll need to help him learn to distinguish between the two. It could be a time of day thing – for example, you could schedule slower walks for first thing in the morning and again before bedtime, and workout walks happen at some point in between.

Alternatively, you could develop a verbal cue that tells your pet he’s about to go on a power walk. I also strongly encourage the use of a harness for 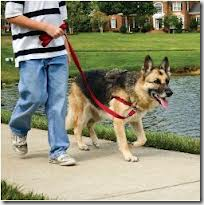 exercising with your dog. A leash attached to your dog’s collar can quickly become a health hazard as you’re cruising city streets or even country roads. Many dogs learn which walk they’re going on by whether the leash gets attached to their collar (short walk) or a harness (time to get serious!)."    More at: http://healthypets.mercola.com/sites/healthypets/archive/2013/07/22/dog-workout-partner.aspx 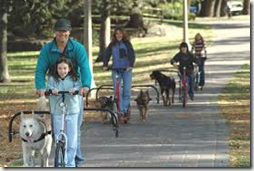 "Do you have a hard time giving your dog enough exercise?  Maybe you don’t walk as fast as the dog does or perhaps the dog pulls too hard on the leash for you to control him or her.  Here’s a new one (on me, anyways)":  dog-powered scooters and bikes.

"After nine days and four minutes in the sky, the experimental aircraft Voyager lands at Edwards Air Force Base in California, completing the first nonstop flight around the globe on one load of fuel. Piloted by Americans Dick Rutan and Jeana Yeager, Voyager was made mostly of plastic and stiffened paper and carried more than three times its weight in fuel when it took off from Edwards Air Force Base on December 14. By the time it returned, after flying 25,012 miles around the planet, it had just five gallons of fuel left in its remaining operational fuel tank.

Voyager was built by Burt Rutan of the Rutan Aircraft Company without government support and with minimal corporate sponsorship. Dick Rutan, Burt's brother and a decorated Vietnam War pilot, joined the project early on, as did Dick's friend Jeanna Yeager (no relation to aviator Chuck Yeager). Voyager's extremely light yet strong body was made of layers of carbon-fiber tape and paper impregnated with epoxy resin. Its wingspan was 111 feet, and it had its horizontal stabilizer wing on the plane's nose rather than its rear--a trademark of many of Rutan's aircraft designs. Essentially a flying fuel tank, every possible area was used for fuel storage and much modern aircraft technology was foregone in the effort to reduce weight.

When Voyager took off from Edwards Air Force at 8:02 a.m. PST on December 14, its wings were so heavy with fuel that their tips scraped along the ground and caused minor damage. The plane made it into the air, however, and headed west. On the second day, Voyager ran into severe turbulence caused by two tropical storms in the Pacific. Dick Rutan had been concerned about flying the aircraft at more than a 15-degree angle, but he soon found the plane could fly on its side at 90 degrees, which occurred when the wind tossed it back and forth.

Rutan and Yeager shared the controls, but Rutan, a more experienced pilot, did most of the flying owing to the long periods of turbulence encountered at various points in the journey. With weak stomachs, they ate only a fraction of the food brought along, and each lost about 10 pounds.

On December 23, when Voyager was flying north along the Baja California coast and just 450 miles short of its goal, the engine it was using went out, and the aircraft plunged from 8,500 to 5,000 feet before an alternate engine was started up.

Almost nine days to the minute after it lifted off, Voyager appeared over Edwards Air Force Base and circled as Yeager turned a primitive crank that lowered the landing gear. Then, to the cheers of 23,000 spectators, the plane landed safely with a few gallons of fuel to spare, completing the first nonstop circumnavigation of the earth by an aircraft that was not refueled in the air.

Voyager is on permanent display at the National Air and Space Museum in Washington, D.C."

Not much happened yesterday, so I got around to going through the junk mail and kept the shredder busy.  Why do these companies put your name and address inside their literature, too?  Just one more step to take them out of the envelope to examine them, so all the names and addresses can be put in the shredder.  Shredded paper cannot be recycled into good new paper, so I tear the important part off and just shred it.  The rest of the literature can go in the recycling.  This time of year there seems to be so much junk mail that slips past the "Do Not Mail" list.

After a few days of warmth, it has turned colder again.  One day it's tank tops, and the next it's turtlenecks and sweaters again.  That's Texas winter weather!

Even though I had let her out late last night, Misty got me up early this morning (2.45am), and wanted to go out three times.  It was so cold that she would try to make a short trip do, and then have to go back out again in the cold.  I tried to go back to sleep, and then I'd hear her one little urgent bark again, so I am going to be dragging today.

Posted by LakeConroePenny,TX at 8:20 AM