4 Things You Need to Know About the Feast of Pentecost. Bombs Falling on Israel. CANCER: It's What's For Dinner.

4 Things You Need to Know About the Feast of Pentecost 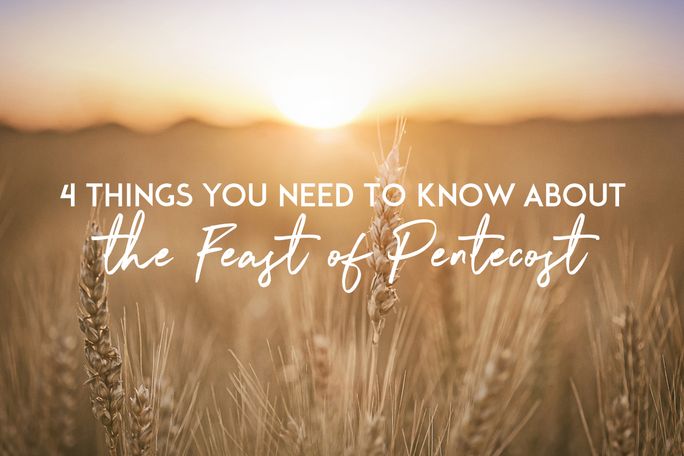 “Pentecost is familiar to some because of the events of Acts 2. But is there more to this day than those events? What do you need to know about Pentecost?

On May 16, a relatively small group of Christians around the world will gather to celebrate the Feast of Pentecost.

This is a unique festival because some churches that don’t observe any of the other festivals of God found in the Bible do celebrate Pentecost in some form. (Catholics and Protestants will celebrate it May 23, and the Eastern Orthodox will observe it June 20.) There is even a denomination of Christianity that has named itself “Pentecostal” after this festival.

Of course, this is due to the events that occurred on Pentecost in Acts 2. On that momentous day, we read about the founding of the New Testament Church, the gift of tongues, the giving of the Holy Spirit, Peter’s powerful sermon and the baptism of 3,000 people.

Many read about these miraculous events and realize there’s something special about the Day of Pentecost. That’s why many churches celebrate it in one form or another.

But how much do you know about this special day? What should you know about the Feast of Pentecost? Is it a day you should mark on your calendar and observe? Is it more than just the anniversary of significant events in the history of the Christian church?

Here are four things every Christian should know about the Feast of Pentecost.

1. Pentecost is the third of God’s seven annual festivals.

While it is commendable that some churches recognize and celebrate this festival, Pentecost is not a stand-alone observance. This day is actually the third of a set of seven festivals God revealed in the Old Testament.

In Leviticus 23, those festivals are revealed together and in order. God introduced this list by declaring the days to be “the feasts of the LORD” (verse 2). The observance we refer to as Pentecost is found sandwiched in the middle of the “feasts of the LORD” list (in verses 15-21).

These seven festivals stand as a complete package. We can’t pick just one to celebrate and ignore all the rest. If these festivals are holy and commanded by God, then we must observe all of them.

There’s a reason that the apostles and members of the early Church were observing the Feast of Pentecost in Acts 2. It is because they observed all of “the feasts of the LORD.” The scriptural evidence shows that these special feast days were observed by Jesus and His early followers.

That begs the question: If Jesus and His early followers observed these seven festivals, shouldn’t we today? To begin to answer that question, read our article “Biblical Festivals: Does God Want Us to Celebrate Them?”

2. Pentecost has multiple names in the Bible.           Continued at: https://lifehopeandtruth.com/life/blog/4-things-you-need-to-know-about-the-feast-of-pentecost/?

“The Feast of Pentecost will always fall on a Sunday, but the exact date will vary based on when the Feast of Unleavened Bread falls in a given year. You can find a graphic that shows how the Pentecost count works here: “Counting 50: When Is Pentecost?” (This graphic was designed to teach children, but can also be helpful for adults.) 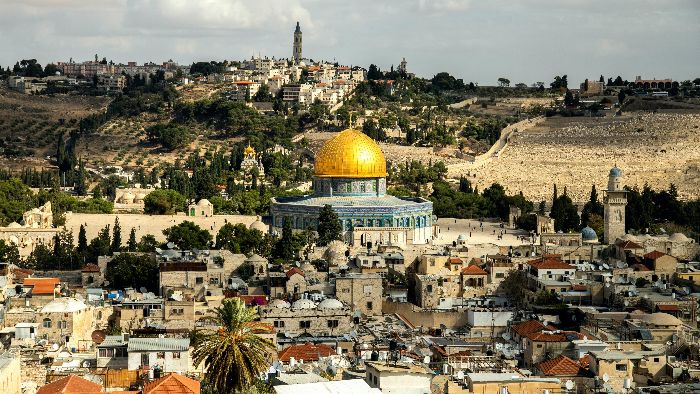 “Rockets are again falling on cities in the state of Israel. Palestinian Hamas terrorists are launching bombs out of Gaza against Israeli cities. Hamas, a Palestinian terrorist group dedicated to the overthrow of the Jewish nation, is seeking to gain political advantage among the various Arab factions which control the narrative of decades of conflict. Innocent Arabs and Israelis are the victims.

Happening during the month of Ramadan, this conflict arose over a minor matter in a section of East Jerusalem called the Sheikh Jarrah district—a predominantly Palestinian neighborhood. Four Arab tenants decided they did not want to pay rent on housing legally owned by Jewish citizens, and were sent notice of eviction. Never wanting to let an opportunity pass, Hamas seized the opportunity to inflame Arab passions and the matter has escalated.

Rockets falling on cities in Israel is always a serious situation. Israeli Defense Force troops moving on the ground against Arabs can create unintended consequences. Politician's posture and shaky alliances are strained. The past years have seen unprecedented alliances between Israel and Arabs states. The influence of Palestinian leaders has been eclipsed in some cases and this latest explosion may be an effort to restate the narrative in the old language of conflict.

Rockets falling on Israel is not something to take lightly. Though it has been common in the past, and usually ends without major conflict, there is always the prospect of a larger war erupting. Only the hard-core terror states, such as Iran, desires such a conflict. But the neighborhood of the Middle East is volatile and unpredictable. Peace is always tenuous, a fragile hope. More dreams have been broken by dark forces always lurking in the background.

When conflict erupts over Jerusalem, I am reminded of Christ’s prophetic words in Luke 21:20. “And when ye shall see Jerusalem compassed with armies, then know that the desolation thereof is nigh.” I don’t think this current conflict is the one spoken of here. However, it always makes me think about how this event will happen given modern technology and warfare.

Today’s powerful rockets carry more destructive firepower than a large ancient army. The thousands of Roman legions that surrounded Jerusalem in 69 A.D. are but a fraction of the power of a group of modern rockets aimed by hostile forces at the city today. Israel has their Iron Dome technology to shoot down incoming rockets, which is about 90 percent effective. But the debris and shrapnel still rains down, even from destroyed, incoming rockets. In this conflict the Arabs have concentrated their attack, overwhelming Israeli capacity to shoot down every missile. What would happen should several forces concentrate their firepower on Israel’s cities and cause serious damage?

We should pay attention to what happens in Jerusalem and the Middle East. It is the future scene of age-ending conflict before the return of Jesus Christ. Our booklet, The Middle East in Bible Prophecy, shows the history and future of the region. Now might be a good time to learn more. What happens in this critical world region has implications for Bible prophecy.” From: https://us1.campaign-archive.com/?e=72c729d811&u=1d04480cefc2e7c4492fe4a04&id=8bd365447a

“Cancer is often caused by the environment - and what we eat is the number one way we are exposed to the environment. In this full-length fascinating presentation, Dr. Campbell recounts his unexpected discovery that animal protein - promotes cancer.

Dr. Campbell describes how he was able in multiple experiments to turn cancer "on" and "off" by manipulating the amount of animal protein in the diet. This is the background that led to Campbell's famous China Study, and his bestseller by the same name. This is the full talk by Dr. Campbell from our 2006 Healthy Lifestyle Expo.” From YouTube: https://www.youtube.com/watch?v=hMO7QmFhxWg   You can download or purchase on DVD hundreds of full length talk from our store at https://store.vegsource.com “My name is Jeff Nelson and along with my wife, I am the founder of VegSource.com. I am also the director of the documentary PROCESSED PEOPLE, and the producer of many of the DVDs in this store. 21 years ago my wife Sabrina received a death sentence. She was diagnosed with a deadly autoimmune disease called Relapsing Polychondritis (RP). With RP, your immune system attacks and destroys your body’s cartilage. RP kills 45% of people diagnosed with it -- within 10 years. For the 55% still alive after 10 years, many have been devastated by side effects of medications used to treat disease symptoms.

Sabrina was lucky. After a year of suffering, she discovered valuable information that saved her life. She learned a simple, cheap, powerful, side-effect-free way to cure herself of this incurable disease. Sabrina changed her diet.

Posted by LakeConroePenny,TX at 2:49 PM