The High Tide of God’s Purpose. The Forerunner Has Entered For Us. Treating Parkinson’s Disease with Diet.

The High Tide of God’s Purpose 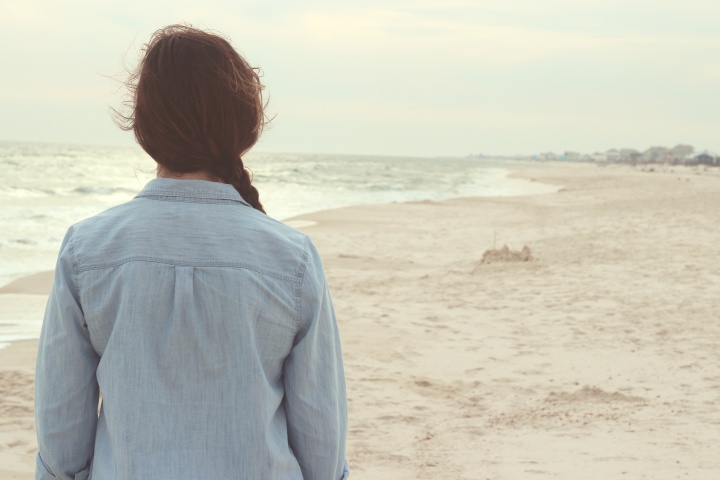 “There are moments in history when lives converge upon the high tide of God’s purpose for mankind. Such a moment is described in Acts chapter 10, where the lives of the apostle Peter and the Roman centurion named Cornelius meet in the seaside town of Caesarea. There God revealed how Gentiles were to be granted repentance to life and through baptism receive the Holy Spirit, becoming full members of the Body of Christ. God planned this meeting and brought the men together.

I was struck by this story while preparing to teach my weekly Bible class on Acts. Acts is the story of God’s work through His disciples in the early Church. By the power of the Spirit, Christ moved people and events together to accomplish His work. When you trace the events in the text you see ordinary people living righteously, not knowing God was working His purpose. There is a lesson in this for us.

Peter had been visiting disciples along the coastal areas south of Caesarea, where he healed and raised to life saints like Aeneas and Tabitha (Acts 9:32-43). He came to the city of Joppa where he stayed for several days with a man named Simon who operated a tannery business. Peter was making an extensive trip with nothing more in mind but to visit and work with the disciples. God was guiding his steps.

Up the coast a few miles away was the centurion, Cornelius. He was drawn to worship the God of Abraham through contact with the Jews. He gave generously to the Jews and lived a devout life based on the Law. This earned him a good reputation among the Jews. He was moving along the path of conversion. An angel appeared to him instructing him to send his servants to Joppa, a day's journey south, to find Peter.

Peter was on the rooftop of Simon’s home where he had gone to pray, waiting for lunch to be served. He fell into a trance and saw a vision of a sheet coming down from heaven filled with all sorts of animals. A voice commanded him to “kill and eat,” which he refused to do. When this vision concluded, the three servants of Cornelius appeared at the gate of Simon’s home summoning Peter to go with them to Caesarea.

The next day, these two men met—a Roman soldier and a former Jewish fisherman turned apostle of Christ. Both having traveled different paths, they came together to mark an event God had long planned. God poured out His Spirit on Cornelius and on his friends and family, signifying the Gentiles were now also granted repentance leading to eternal life (Acts 11:18). Spiritual salvation through a new covenant with God was now open to all peoples regardless of race and ethnicity.

Two lives met as they rode the tide of God’s plan. Each person having been prepared and moved by God into a place and a moment where lightning struck. God showed His will and history was changed.

(19) This hope we have as an anchor of the soul, both sure and steadfast, and which enters the Presence behind the veil, (20) where the forerunner has entered for us, even Jesus, having become High Priest forever according to the order of Melchizedek.
New King James Version     Change your email Bible version

“This word "forerunner" is the Greek prodromos, used in Scripture only this one time. It means "scout," "guide," or "one sent before a king to prepare the way." The Greeks also used prodromos to mean "firstfruits."

In the story of Daniel Boone, he went first to scout out Kentucky, then later took a party of thirty woodsmen to improve the trail, and after that, even more people followed. Boone was the forerunner, but so were those who went with him to develop the route. That first small group was the firstfruits. Spiritually, Christ has gone ahead, showing us the way, and we, as the firstfruits, improve the trail so that others will someday walk it more easily.

The concept of a forerunner runs throughout the Bible. We could say that Adam was a forerunner, as well as Noah, Abraham, Moses, Elijah, John the Baptist, and of course, Christ. Notice that each of these forerunners had followers—their firstfruits. Adam had Eve and their sons and daughters that followed them. Noah had his wife and family. Abraham had Sarah and Lot, and later were added Ishmael and Isaac, and then Jacob and his children. Moses had Aaron and Miriam and then all the children of Israel. Elijah led to Elisha. John the Baptist proclaimed the coming of Christ, who called His disciples—us.

In other words, we have a part to play as well. It is not the leading role but a supporting one. Nonetheless, it is a necessary part. There is no call for a "big head" here: God could have called someone else or raised up stones, as John the Baptist says in Matthew 3:9. However, He did not; He called us specifically (John 6:44). Therefore, we should not waste our opportunity."  From: https://www.theberean.org/index.cfm/main/default/id/8587/ver/NKJV/hebrews-6-19-20.htm

Below is an approximation of this video’s audio content. To see any graphs, charts, graphics, images, and quotes to which Dr. Greger may be referring, watch the above video.

“Caffeine consumption, both in Asian and Western populations, appears to protect against the development of Parkinson’s disease. But, what if you already have it?

A new study found that giving folks the equivalent of about two cups of coffee a day worth of caffeine significantly improved symptoms of the disease. Of course, there’s only so much you can charge for coffee, so drug companies took caffeine, and added a side group so they could patent it into new drugs, which appear to work no better than plain caffeine—which is dramatically cheaper, and probably safer.

Similarly, other plant foods, such as berries, may be protective. And, plant-based diets, in general, may help prevent Parkinson’s. Animal fat and dairy may increase risk, whereas “a plant-based diet dietary pattern may protect against [Parkinson’s disease].” We don’t know if it’s the animal fat per se, though; it could be the animal protein that’s increasing risk, or maybe it’s the dairy, the mercury in fish, the blood-based heme iron, or less of the protective antioxidants in plant foods and plant-based diets. We didn’t know, until recently.

There have been successful case reports, like this one, in which a dietician was struck down with Parkinson’s, and she was able to clear most of her symptoms with a plant-based diet rich in strawberries, whole wheat, and brown rice—rich sources of these two phytonutrients. But, there hasn’t been a formal interventional trial published—until now.

At its root, Parkinson’s is a dopamine-deficiency disease, because of a die-off of dopamine-generating cells in the brain. These cells make dopamine from L-dopa, derived from certain amino acids in our diet. But, just like we saw with the serotonin story, the consumption of animal protein may block the transport of L-dopa into the brain, crowding it out.

So, at first, researchers tried what’s called a “protein redistribution diet.” Let’s basically only let people eat meat for supper, so that patients are hopefully sleeping by the time the negative effects kick in. But researchers didn’t consider cutting out all animal products altogether, until it was discovered that fiber consumption naturally boosts L-dopa levels. So, hey, “a plant-based diet, particularly in its vegan variant, is expected to raise levodopa bioavailability and bring some advantages in the management of [Parkinson’s] disease through two mechanisms: a reduced protein intake and an increased fiber intake…”

That’s why plant protein works best, because that’s where fiber is found. So, they put people on a strictly vegan diet, keeping beans towards the end of the day, and indeed found a significant improvement in symptoms.”

DOCTOR'S NOTE: What about preventing the disease in the first place? See my previous video Preventing Parkinson’s Disease With Diet.”

Posted by LakeConroePenny,TX at 10:46 AM