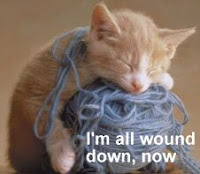 It was lovely this morning, not too hot and a slight breeze so it was great to be outside.

MaeMae and I went to get Jay, who had called to say he was ready!! When we got there, it was obvious that he had been partying last night, as there were beer cans strewn all over his yard. He didn't even come to the door, even though MaeMae went across the street to play with Muffy in her fenced yard for a while. I knew that Jay wouldn't be fit to be around, so MaeMae and I just came home. He had been very hyper yesterday, and I was glad when he left early. All that talk about feeling so much better when he didn't drink. 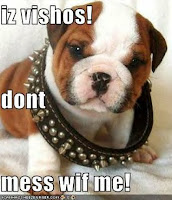 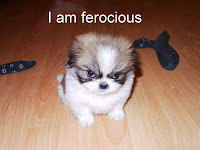 Ray and I mostly worked on the yard, he mowed, and I trimmed a bush that was sprawling over the new walkway, and bagged up a bunch of water bottles and other trash out of the Coronado.
Then we got the Coronado drip caps primed, painted and put up in a safe place. The baggage door hinge is not salvageable, and I cannot find one at any of the stores, so I had to look online. Finally found one at a boat dealer. 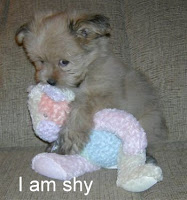 I found the time to list some things on eBay, and bake some pork chops, apples, zucchini and spuds, in the convection/ toaster oven.
Oh Boy, did I have four-legged audience for that!
Patches and Mime were on the porch for a while, and they were very good and didn't chew on the plants, or knock any down.
Just a quiet, laid back, warm day.
Posted by LakeConroePenny,TX at 8:32 PM