My back is aching, and it seems like I have been on my feet all day, Oh, I have!
Bobcat was on the porch early, but I brought her in after lunch, as it was getting hot.

I had already fed the dogs their breakfasts, taken them back out, and in again, by the time Ray arrived. But I let them out again, with Ray watching them, so that I could tend to the foster cat's boxes. I can slip bowls of food into the cat's cages, but doing the boxes is a different thing. I know that they are tired of being locked up while the dogs are here, and I am so scared that Mime will lunge at them, with all four corners drawn, if she should get away from me. She hates dogs, and doesn't go 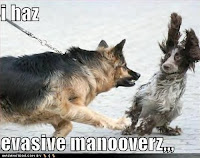 hide, she attacks! Then they would descend upon her like a pack, and someone would get hurt, probably me! I just feel safer with the dogs out of the way. During the day, I quickly sneak Patches in with Mime so that they can have some time together. They play and wash each other.
Once I got Ray settled with everything he needed to continue painting the Coronado, I started grooming. I have to get four of Mindi's done before she gets home.
I started with little old Sheba, the one with the collapsed trachea. Yes, she is still around. Still coughing whenever she moves, or gets too hot. I am keeping her quiet in a puppy pen where she can keep cool, and not get jostled by the other dogs. I have turned the AC colder in the dog room. I can't do too much to her at a time, as she starts coughing, and I don't want her little ribs to get sore. Her appetite is good, so that is a good sign, but she mostly likes to eat and sleep. If I don't keep her in a little pen, she wanders around bumping into things, and gets jostled by the other dogs.
Then I started on Puddin' Pie. Here is a Yorkie who had never been groomed in her life. It really should have been done the first time when she was very young, before she was a spirited teenager. I spent a long time with the clippers turned on, just rubbing her back with the base of the clippers so that she could get used to the noise and feel, and learn that it wasn't going to hurt her. She was pretty good, once she understood what was going on.
Then I worked on Jakey, the little silver neutered poodle, Sheba's son. He has always balked at being groomed, and won't stand up, so he is always a challenge, as I am trying to hold him up and groom him at the same time. He has hereditary weak back knees, (patellas). Now these three dogs are just "roughed in", getting them ready for their baths. I still have to get Punkie ready.
In between times I am taking them out. I have to take Sheba and Precious out separately, as Precious is in heat. Puddin' kept on rushing over to poor blind, deaf Sheba and nearly bowling her over, so I have to keep her away from Sheba, and Ceasar away from Precious. Whew! These dogs are keeping me busy.

As MaeMae is in the house with me, I take her out to the side yard, as she seems to need to go more often. I can take her out through the workshop without getting the others all riled up.
Then I am raking in the back yard while I am out with the dogs, as I don't want them tracking in poo.

By the time I had done all that, it was time to fix their dinners. Mindi had brought a 10lb package of chicken thighs for me to cook for them, and I am gradually getting it all cooked in the little electric pressure cooker. I like to do it in the electric one as it is thermostatic and I can turn it down lower. I let it cook for an hour, and then all I have to take out is the long leg bones. All the other bones have cooked so soft that you can mash them between your fingers, so they can't hurt the dogs. Then Mindi serves it with rice or noodles with canned and dry dog food, so I spent a long time cooking all that. The dogs were watching me through the glass door, they knew what I was doing. Finally they all had their dinners, and I just managed to get a bite to eat myself.
I didn't mean to bore you with my busy day.
Posted by LakeConroePenny,TX at 9:18 PM

My goodness you make me tired. What a day! whew! Thanks for posting all you do, it's NEVER boring.