Is There Any Point in Sharing My Faith With My Non-Christian Friends and Family? All Who Are in the Graves Will Hear His Voice. Anti-Inflammatory Diet for Depression.

Is There Any Point in Sharing My Faith With My Non-Christian Friends and Family? 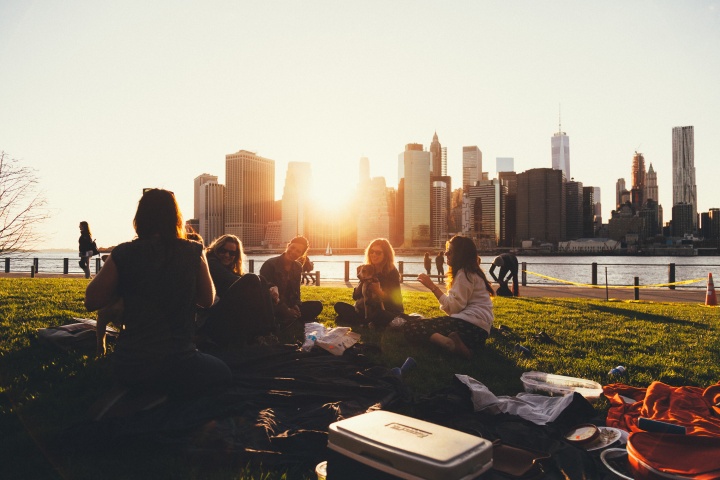 “If they'll be in the second or general resurrection anyway, is there any point in sharing my faith with my non-Christian friends and family? Absolutely!

There is certainly a point in sharing our faith with others, but the method by which we share our faith is equally if not more important.

We see within Scripture that God is the One who calls people to His truth (John 6:44). But we also see in scripture that Christ Himself told His disciples—those who believed in and followed Him—to go out to the world and preach the gospel of the Kingdom of God to every creature (Mark 16:15-16). So the fact that God draws people to Christ didn't absolve the disciples of their personal responsibility to preach the gospel.

We don't know whether God is working with someone or not, and it's impossible to know how our example—or perhaps our words—might positively affect someone.

God desires that no man should perish and that all should come to repentance and knowledge of the truth (1 Timothy 2:3-4; 2 Peter 3:9), and there is an incredible amount of joy in heaven over every sinner that repents (Luke 15:7). Those individuals who overcome their sins in this life will inherit the Kingdom of God (Revelation 21:7). By extension, as followers of Jesus Christ, we have a similar responsibility today. What if we are the tool that God uses to draw another sheep into His fold? We don't know whether He is working with someone or not, and it's impossible to know how our example—or perhaps our words—might positively affect someone that God is working with. What if it leads another person to repent and turn to God?

The gospel that Jesus preached was the gospel of the Kingdom of God. Those who believe it, accept it and overcome in this life will have an opportunity to be a part of the first resurrection—a resurrection which is referred to in Hebrews 11 as a "better resurrection" (Revelation 20 discusses the resurrections in more detail).

So there is certainly a point in sharing our faith with others, but the method by which we share our faith is equally if not more important. In Matthew 5:14 Jesus suggests we are to be as a "light on a hill"—a soft and welcoming light in the distance that people can see and navigate towards. Have you ever accidentally shone a powerful flashlight into your eyes? Was it pleasant and inviting? If our interaction with others is "shining our light" in this way, effectively blinding them—there's a good chance that it won't be welcome or appreciated.

Instead of blinding others, Peter simply tells us to live good honorable lives among those who are not believers, that they might see our conduct and glorify God in the day of His coming, letting our light shine in an appropriate way (1 Peter 2:12).”

“Jesus Christ’s statement supports the biblical teaching of the need for a resurrection of the dead. Nowhere does the Bible teach that immediately at death we either go to heaven or hell. Instead it talks about those who are dead waiting in their graves for a future resurrection when they will be brought back to life to receive their judgment.

The Bible has much more about resurrections, but it is seldom taught in churches today.”

Read what the Bible says in our section on “Life After Death” and our booklet The Last Enemy: What Really Happens After Death?

“If depression can be induced with pro-inflammatory drugs, might an anti-inflammatory diet be effective in preventing and treating mood disorders?

Depression affects more than 150 million people worldwide, making it a leading cause of losing healthy years of life as a result of disability. In fact, by 2020, depression may be the second leading cause of healthy years of life lost, second only to heart disease. Why is depression so common? Well, it is said, “Nothing in biology makes sense except in the light of evolution.” But, why would we evolve to get depressed?

Depression poses a baffling evolutionary puzzle. It has such negative effects, but remains so common and heritable, meaning a big chunk of risk is passed down through our genes. So, there must be some kind of adaptive benefit. Otherwise, presumably, it would have been naturally selected against. Maybe, depression is an evolutionary strategy for defense against infection.

Infection has been the leading cause of mortality throughout human history. The average life expectancy was 25, and it was not uncommon for half our kids to die. With such stark capabilities, infection has been a critical and potent driving force in natural selection.

When we become infected, there is a surge of inflammation as our body mounts a counterattack, and then what happens? We feel lousy. We feel sick.  We get weak, tired, slow, and sleepy. We don’t see anyone; we don’t want to do anything; all we want to do is sleep. It’s like we’re depressed—and that’s great for fighting infection. Not only does that help us conserve energy so we can put up a good fight, but it reduces social contact. We’re not running around infecting everyone.

It’s the same reason we evolved to think poop doesn’t smell good, or decaying flesh. That keeps us safe from infection. In fact, we see this phenomenon with other social animals, like honeybees and mole rats, who feel impelled to crawl off and die alone when they get sick, which reduces the risk to the rest of the community.

The relationship between mental health and inflammation was first noted in 1887, for which the only psychiatrist to ever win the award got a Nobel Prize. But what evidence have we accumulated in the century since that inflammation causes depression? Well, people who are depressed have raised inflammatory markers, such as C-reactive protein, and inflammatory illnesses are associated with greater rates of major depression. Indeed, that’s what’s found in a variety of inflammatory conditions including more benign inflammatory conditions, such as asthma and allergies. And, that’s important, suggesting the mood symptoms are not simply ‘feeling bad about having a terrible disease,’ but may be directly tied to the inflammation. Most powerfully, you can actually induce depression by inducing inflammation, like when we give interferon for certain cancers or chronic infections—up to 50% go on to suffer major depression. Even just giving a vaccine can cause enough inflammation to trigger depressive symptoms. Taken together, these studies are strongly suggestive of inflammation being a causative factor of mood symptoms.

I’ve talked about this before, but never explained why antioxidants are anti-inflammatory. Oxidative damage caused by free radicals may cause an autoimmune response in the body by changing the chemical structure of otherwise ubiquitous molecules to generate new structures that the body attacks as foreign. For example, when LDL cholesterol gets oxidized, our body creates antibodies against it and attacks it. And, so, clinical depression can be accompanied by increased oxidative stress and the autoimmune inflammatory responses it creates.

Where else does inflammation come from in our diet? Endotoxins. It’s worth reviewing how the endotoxins in animal products can cause a burst of inflammation within hours of consumption. What does that do to our mood? If you inject endotoxin into people, within a few hours, inflammation shoots up, and so do feelings of depression, as well as feelings of social disconnection from people.

Although previous research has demonstrated that inflammatory activity contributes to depressive symptoms, no work in humans has examined the effect of experimentally induced inflammation on anhedonia, the lack of reaction to pleasurable stimuli, a key diagnostic feature of depression.  No work has been done, that is, until now.  Within hours of endotoxin hitting their bloodstream, these experimental subjects not only started to feel depressed, but they had significant reductions in activity in the reward center of the brain. They were less excited about winning money playing video games, for example, in the study.

But by eliminating animal products, and eating antioxidant rich diets, we may be able to prevent or treat depression.”

To see any graphs, charts, graphics, images, and quotes to which Dr. Greger may be referring, watch the above video. This is just an approximation of the audio contributed by Katie Schloer.

Posted by LakeConroePenny,TX at 3:07 PM