Why the Fall of Afghanistan Matters. You Will Be Judged. “While He May Be Found”. 6 Best Secrets To Reverse Insulin Resistance Naturally & Change Your Life.

Why the Fall of Afghanistan Matters 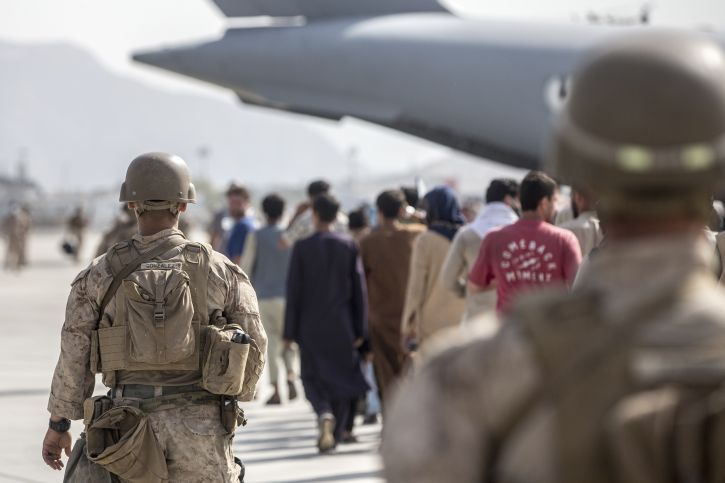 Desperate Afghans overflowed the Kabul airport, trying to catch a ride on the last flights evacuating people out of their country. The world watched in horror as frantic Afghans clung to an airplane as it was taking off, some falling to their deaths.

In the past few weeks, the world has witnessed images of “battle-hardened soldiers” brought to tears and distressed mothers handing their babies and children over razor wire in an attempt to save them from life under the brutal Taliban.

Many predicted the inevitable collapse of Afghanistan to the Taliban. But the speed of its fall took the world off guard. Consider the following reactions from Western leaders, as well as the enemies of the U.S.:

The world’s most powerful superpower has been effectively defeated by a group of zealots operating out of caves. The Aug. 28, 2021, edition of The Economist described it this way: “Through willpower, patience and cunning, a low-budget band of holy warriors has vanquished America and taken charge of a medium-size country” (“Where Next for Global Jihad?” p. 7).

What lessons can we learn from the United States’ 20-year effort in Afghanistan?

The war on terror

As we reach the 20th anniversary of the Sept. 11 attacks, and the event that triggered the war in Afghanistan.

Shortly after the attack, then President George W. Bush declared “war on terror.” Addressing the U.S. Congress, he announced, “Our war on terror begins with al-Qaeda, but it does not end there. It will not end until every terrorist group of global reach has been found, stopped and defeated.”

Far from its original mission to crush the Taliban, the U.S. now finds itself retreating from them. Less than a month after the attacks, the U.S. and Great Britain launched airstrikes in Afghanistan against the Taliban, who were protecting al-Qaeda leader Osama bin Laden. With the world’s most powerful army coming against ill-equipped tribal forces, everyone expected a swift defeat for the Taliban and eventually al-Qaeda. But the fight proved to be a lot more difficult than many expected, and the war dragged on for many years. It wasn’t until 10 years after the 9/11 attacks, in 2011, that Osama bin Laden was finally found and killed.

Now, 10 years after Bin Laden’s death, the U.S. has withdrawn. But has the U.S. achieved its goals? Did the United States win the “war on terror”? Did this 20-year war fulfill President Bush’s initial objective—defeating “every terrorist group of global reach”?

While the U.S. and Great Britain try to paint a rosier picture of today’s Taliban, many Afghans have started to feel the brutality of the Taliban as they instigate revenge killings for those who collaborated with foreign powers.

A women’s rights activist in Afghanistan said, “The U.S. should have defeated this ominous phenomenon on the ground, or forced them to make peace. But they introduced the Taliban as a power to the world [through direct negotiations], and did not realize the Taliban are the savage Taliban, who know nothing but terror.” 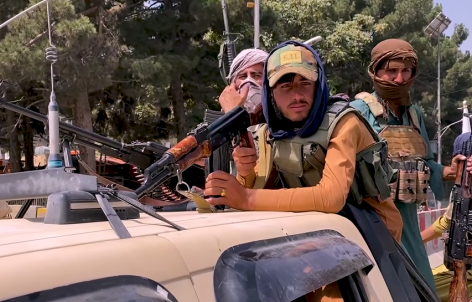 The war in Afghanistan has cost the U.S. a staggering $2.26 trillion, and the withdrawal has left the Taliban with a cache of weapons and military vehicles worth billions. The Taliban is now in a stronger position than ever, declaring that Allah granted them victory and boasting of their defeat of a global superpower.

This will likely embolden jihadist terror groups in other parts of the world—specifically in the Middle East and Africa. The Economist article quoted above put it: “Many are asking: if our Afghan brothers can beat a superpower, surely we can beat our own wretched rulers?”

With vast resources and the most sophisticated arsenal of weaponry in history at their disposal, why couldn’t the world’s most powerful military defeat men who the U.K.’s chief of defense called a group of “country boys”?

Has the pride of America’s power been broken?

The war in Afghanistan showed that one needs more than overwhelming military power to win a war. The Bible tells us that God determines the outcome of battles. When David confronted Goliath, the giant mocked David for his youth (1 Samuel 17:42). But David told him an essential truth—that though Goliath had multiple weapons (a sword, spear and javelin), David had God on his side. It was God who determined the outcome of the battle, “for the battle is the LORD’s, and He will give you into our hands” (verses 45, 47).

The Bible warns that another factor that can hinder victory in battle is sin. Sin within Israel caused the Israelites to lose a key battle to the people of Ai (Joshua 7:3-4). The embarrassing loss caused Joshua and Israel to become greatly discouraged (verse 5). God informed them their defeat was due to hidden sin (verses 6-12). It wasn’t until the sin was discovered and addressed that they could overpower their enemies (verses 13-26; 8:1).

As nations, the U.S. and Great Britain have continued to embrace many sins, such as the rejection of God’s very existence, modifying the biblical definition of marriage and family, the celebration of immoral sexual lifestyles, the killing of children in the womb, the embrace of filthy and aggressive speech, and many more. These nations have compromised their own values by supporting corrupt and unethical regimes for their own self-interest. Instead of trusting in God, these nations have placed their faith in their own strength and power (Jeremiah 2:13).

God warned that disobedience to His commandments would result in curses. Two of those curses were that God would “break the pride of your power” and that “your strength shall be spent in vain” (Leviticus 26:1-3, 18-20)."  Continued at: https://lifehopeandtruth.com/prophecy/blog/why-the-fall-of-afghanistan-matters/?

(2) For with what judgment you judge, you will be judged; and with the measure you use, it will be measured back to you.    New King James Version

“Jesus warns us that we will receive the same kind of judgment that we make of others. Do we really want that? That warning ought to sober any thinking person! Do we really believe God when He gives us such a stern warning?

Jesus adds another warning: Our judgment may be distorted because we may have a flaw of far greater magnitude in us than the flaw we observe so critically in our brother. The unspoken intimation is that because the flaw is ours, and we love ourselves, we are willing to be lenient in our self-judgment.

By focusing our criticism on another, it enables us to avoid scrutinizing ourselves carefully and critically. Some enjoy correcting others because it makes them feel virtuous, compensating for failures in themselves that they have no desire to face. But the judgment we make about others is in reality the judgment we will receive from God.”

“While He May Be Found”

Seek the LORD while He may be found, call upon Him while He is near. Let the wicked forsake his way, and the unrighteous man his thoughts; let him return to the LORD, and He will have mercy on him; and to our God, for He will abundantly pardon.

When God calls us, we need to answer. He is very patient, but the Bible shows there will be a time when it is too late, when the doors are shut.

Consider the parable of the wise and foolish virgins in Matthew 25:1-13. Those who foolishly came unprepared were shut out. They were the ones who forgot to keep their vessels full of oil (symbolic of neglecting the gift of the Holy Spirit—not staying connected to God through prayer and Bible study and not making use of the Spirit to transform their lives). (See more about this parable in our article “Lessons From the Parable of the 10 Virgins.”)

Forsaking sins and unrighteous thoughts and returning to God provides an action plan for repentance. Upon our making the U-turn that repentance implies, God promises abundant pardon, provided at the cost of our Savior’s life. See more about repentance in the article “How to Repent.””        From: https://lifehopeandtruth.com/bible/blog/while-he-may-be-found-1/?

Posted by LakeConroePenny,TX at 5:57 PM