What Is Juneteenth All About? Breast Cancer Facts. All Who Are in the Graves Will Hear His Voice. The Father Raises the Dead. Update.

What Is Juneteenth All About? 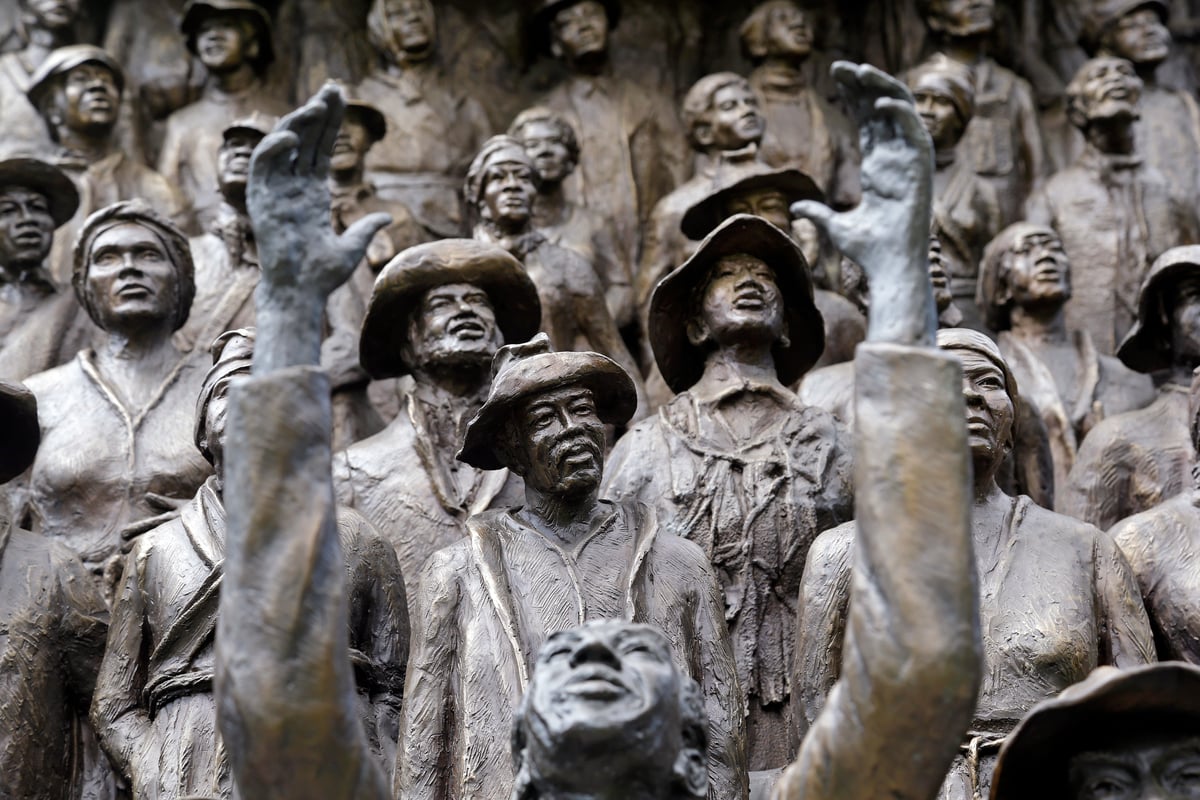 “You may have heard of Juneteenth, but what is it about? It’s not listed on most calendars, but most states in the U.S. recognize it. What can we learn from it?

“Juneteenth,” a combination of “June” and “nineteenth,” celebrates the freeing of the last remaining slaves in the United States on June 19, 1865. (It is also sometimes called “Freedom Day” or “Jubilee Day.”) It was on that day that slaves in Texas were finally given their freedom.

Technically, the process started two years earlier with President Abraham Lincoln’s Emancipation Proclamation of 1863, but for the enslaved people of the South, it really began only after the Confederacy was defeated earlier in 1865.

This proclamation was delivered by Union General Gordon Granger:

“The people of Texas are informed that, in accordance with a proclamation from the Executive of the United States, all slaves are free. This involves an absolute equality of personal rights and rights of property between former masters and slaves and the connection heretofore existing between them, becomes that between employer and hired labor.”

Perhaps the most significant part of the proclamation was the words “absolute equality”—not improved equality. Though it wasn’t realized at that time, these were the right words. From God’s perspective, race relations are about equality, not just improved rights.   More at: https://lifehopeandtruth.com/life/blog/what-is-juneteenth-all-about/?

“No money, no races, no ribbons, just breast cancer facts.

Before Breast Cancer Awareness month is upon us, I feel that it is important to help you better understand how to prevent this cancer, and quite possibly other cancers as well. The University of Virginia Health System has just published that an unhealthy gut causes breast cancer to become much more invasive and spread more quickly to other parts of the body (1). Mind you, this occurs after a breast cancer diagnosis. Let’s talk about preventing breast cancer based on real scientific data and give you a better picture of the role of healthy intestines in the prevention process. What we swallow ends up defining the health of our intestines. So, medications, food and drinks become our intestines!  Let’s take it from there, because these references are from some of our most respected medical sources.

• Compared to women who don’t drink at all, women who have three alcoholic drinks per week have a 15%higher risk of breast cancer (2).

• A high carbohydrate and starch diet increases the risk of breast cancer. Eating sweets and starches causes a rapid rise in the body’s blood sugar levels, which in turn cues the production of insulin and triggers a biological process that ultimately can influence carcinogenesis by causing cells to proliferate.

No one increases their exposure to breast cancer with one round of antibiotics, one glass of wine, or one baked potato. When we think of carbohydrates we think of grains, and yes, even “whole grains” are sometimes contaminated with fungal poisons called “mycotoxins.” Mycotoxins do increase our risk of and do cause human cancer. It should surprise no one then, that our major exposures to these mycotoxins come from cigarette smoking, alcohol and antibiotics. Each expose us to mycotoxins. Armed with this information, I hope you consider appropriate lifestyle changes that might really have you sleeping more comfortably knowing that your cancer risks can be diminished.”  From: https://knowthecause.com/breast-cancer-facts/?

Related Articles:   Why Antibiotics Should be the Last Line of Defense

Jesus Christ’s statement supports the biblical teaching of the need for a resurrection of the dead. Nowhere does the Bible teach that immediately at death we either go to heaven or hell. Instead it talks about those who are dead waiting in their graves for a future resurrection when they will be brought back to life to receive their judgment.

The Bible has much more about resurrections, but it is seldom taught in churches today. Read what the Bible says in our section on “Life After Death” and our booklet The Last Enemy: What Really Happens After Death? From: https://lifehopeandtruth.com/bible/blog/all-who-are-in-the-graves-will-hear-his-voice/?

The Father Raises the Dead

Jesus Christ explained that He had been given the same power His Father had—the power to bring a dead person back to life, and the power to give immortal life to mortal human beings! In fact, the following verse shows that the Father had delegated all judgment to Jesus Christ (verse 22).

We can be very thankful to have Jesus as our judge. He lived a physical life, understands our temptations and knows our weaknesses, and He was willing to give His life to pay for our sins. He is a merciful judge who greatly “desires all men to be saved and to come to the knowledge of the truth” (1 Timothy 2:4).

Read more about the resurrections in our section on “Life After Death.” From: https://lifehopeandtruth.com/bible/blog/the-father-raises-the-dead/?

My helper and I did some more work moving my items out of the large storage unit with the heavy lift-up garage door into the smaller storage with a regular house type door.  Oh, it is so much easier, I can go over there and sort stuff out by myself.  But on Friday he suddenly dropped it on me that he couldn’t work for me on Monday and Tuesday mornings because he had a two day job in Anderson, so we had to get the storage unit empty right then, because the end of the month is on Tuesday.  We made it, but it will take some sorting to get it organized.

A trip to College Station to the doctor for a check-up, and all is well, thank goodness.  My daughter had met me so we had a nice lunch together.  While I was there I looked for a TV stand with drawers and found one at the Goodwill.

My cat is still in Conroe at my vet tech SPCA friend’s home, he had a little problem with his neutering surgery healing like it should.  But apparently he is a lot younger than what I was told.  I really wanted an old cat, one that no one would want.

On Friday, once again my church neighbor and I went over the Bible study ready for the Bible study at the church on the Sabbath the next day.  Once again it was on Zoom, and the sermon was a live video of a campmeeting because our pastor had to do a funeral today.

Posted by LakeConroePenny,TX at 4:07 PM