"We're Mortgaging Our Children's Future!" The Meek’s Inheritance. Mexico Joins Other Countries In Banning Glyphosates While The U.S. Still Allows Their Use. 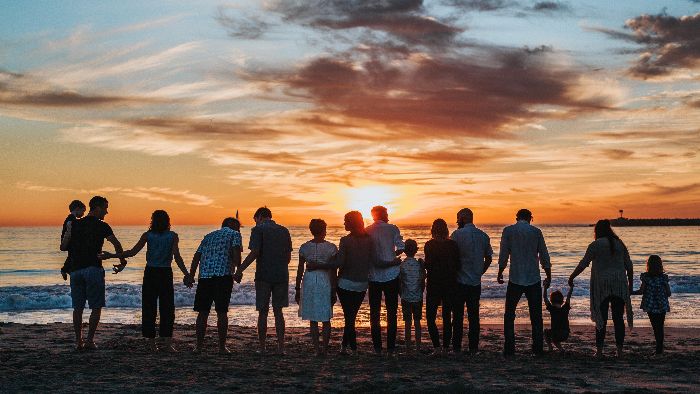 “Last week I wrote to you with thoughts about my grandchildren and what family means. I have one additional thought to share about future generations—not only mine, but yours. This thought is driven by reading this week about the trillions of dollars being spent by the American government on vast social and infrastructure programs.

We hear of 9 trillion dollars being asked for government spending. This, on top of many trillions of dollars of government spending from 2020, are all meant to alleviate the economic impact of the COVID-19 pandemic. Much of those vast sums are yet to be spent while more is being requested.

The question many ask is, “Who is going to pay for this?” The answer is multi-dimensional. Increased taxes on the wealthy or corporations may be one solution. Another option is to sell more government-backed bonds on the world financial markets, expecting other nations to loan their money in expectation of a return. China and Saudi Arabia have been two nations, among many others in recent years, who buy American debt. All this has been going on for many years as the United States foreign debt has steadily increased, allowing Americans to enjoy a very high standard of living.

Confidence and trust support this economic house of cards—and the fact that the U.S. dollar is the standard currency of exchange on world markets. This allows you and I to shop at Costco and buy cheap goods from world markets. We can also enjoy a lower cost of fuel, at least for now, for our gas-guzzling vehicles. The American standard of living is very good and very cheap compared to much of the world.

All this puts the future at risk as we continue to borrow trillions of dollars and spend it on projects that do not always return value for the investment. Some one must pay for this. If we, the present generation, do not, then our children and our grandchildren will have to bear that burden. Likely, we will not repay the debt and we will pass it on to the future. We are saying to our children, “Good luck and thank you for doing this for us.” I look at my grandchildren and wonder how all this present spending will impact their lives. I ask myself whether they will have the same standard of living I have enjoyed.

You should ask the same questions. History gives no guarantee that this spending spree can continue without reaping the consequences of inflation, depression and even economic collapse. Given the way modern economies work, America—meaning our grandchildren—is headed for an unprecedented state of economic servitude. It is inescapable given present trends.

In our next issue of Beyond Today magazine, going to press this week, you will read an article explaining in more detail this economic situation. It will show from a biblical perspective how all this is a form of stealing. The article makes the point that government debt has grown so enormous that we are stealing from future generations, leaving it to our children and children’s children to pay back the debt from such profligate spending.

This is the concluding thought from my week with my grandchildren. It is a realistic note from an otherwise enjoyable occasion. We are living in a time of great upheaval and change. Our mission with Beyond Today is to explain the present and offer hope for the future. Our future hope is God’s coming Kingdom. Our present help is His grace through understanding.  We will point you to God’s Word for that help.”

“Sadly, in our world today, it seems our children are destined to endure pain because of the selfishness and greed of the generation preceding theirs.

"We're mortgaging our children's future!" "We're passing down a mountain of debt to our children and grandchildren!" These sentiments are among the angry shouts of people who are furious with what they denounce as reckless spending by government officials. This is not only happening in the United States. Many other nations are feeling the crush of enormous debt being heaped on them and the generations to come after them by governments bent on trying to spend their way out of the recession.

In America, all anyone needs to do to verify our runaway debt is to take a few minutes to look at the display of the U.S. National Debt Clock.

Brian M. Riedl of the Institute for Economic Policy Studies at the Heritage Foundation, wrote: "The new budget spending estimates are alarming and absolutely unsustainable—and are the true cause of these appalling levels of deficit and debt. President Obama has proposed massive tax increases that still cannot keep up with the historic spending increases he has proposed. The result will be highest level of spending—and debt—in American history" ("New Budget Estimates Show Unsustainable Spending and Debt," Aug. 25, 2009).

What does this mean for our children? If we cannot pay this debt, it will not simply go away. It will just be pushed into future years, with billions of dollars in interest piled on top of an already mountainous debt. If we can't afford it now, how will they afford it later? How will they be able to maintain the standard of living their parents and grandparents enjoyed? The simple answer is: They won't. Our children will suffer the consequences of the reckless, out-of-control spending of their parents' generation.

The apostle Paul matter-of-factly states the commonsense wisdom that has been the norm throughout history: "For the children ought not to lay up for the parents, but the parents for the children" (2 Corinthians 12:14).

But, sadly, in our world today, it seems our children are destined to endure pain because of the selfishness and greed of the generation preceding theirs. Our generation has had no hesitation in passing along to our children a financial nightmare that will take great personal sacrifices to repair—if it can be repaired.

Responsible parents should be willing to prevent the suffering of their children and make those personal sacrifices today. Apparently, many are not. How about you? Are you concerned about the consequences of our growing debt? What can you do for your children and grandchildren?

You can help your children and grandchildren by reducing or eliminating your personal debt and managing your finances wisely. Begin by taking a look at your responsibilities as described in the chapter "Financial Security and Peace of Mind" from the free booklet Making Life Work. This article is based on biblical wisdom that is the only real source of financial peace of mind and the hope that we and our children need.”  From: https://www.ucg.org/beyond-today/blogs/were-mortgaging-our-childrens-future

“But the meek shall inherit the earth, and shall delight themselves in the abundance of peace.

God shows a special love for those who are truly meek. He plans to give them the earth and all its abundance, along with peace, because He will be sure that they will not let His blessings go to their heads. They will humbly and thankfully strive to serve the great Creator God always.

Jesus reinforced this concept by repeating it in the Beatitudes in His Sermon on the Mount (Matthew 5:5; see “Blessed Are the Meek”). For more about the Beatitudes, see “Beatitudes: Keys to Real Happiness.”” From: https://lifehopeandtruth.com/bible/blog/the-meeks-inheritance/?

Mexico Joins Other Countries In Banning While The U.S. Still Allows Their Use

“Chemical compounds found in Monsanto’s weed killer Roundup, known as glyphosates have been linked to serious human health issues and population decline in key pollinators. Though these chemicals are still approved for use in the United States, Mexico has decided to ban them completely by 2024.

“Given the scientific evidence of glyphosate toxicity, demonstrating the impacts on human health and the environment, the Secretariat of Environment and Natural Resources (SEMARNAT) has taken important steps to gradually reduce the use of this chemical until it achieves a total ban in 2024,” said Dr. Adelita San Vicente Tello, Director General of the Primary Sector and Renewable Natural Resources at SEMARNAT.

As Sustainable Pulse reports, San Vicente Tello announced the initiative following an event organized by the National Autonomous University of Mexico’s (UNAM) Academic Observatory of Society, Environment and Institutions. During the event, leaders were challenged to consider the impact glyphosate will have on the health of the environment and citizens of Mexico”.    From: https://blog.therainforestsite.greatergood.com/glyphosates-mexico/

Posted by LakeConroePenny,TX at 2:32 PM