The Book of Jonah. Learn How God Wants You To Love Him. Autopsy of Chicken Nuggets.

The Book of Jonah

“You’ve probably heard about Jonah and the whale—but what does that have to do with the sign of Jonah? What can we learn from the life of this prophet of God 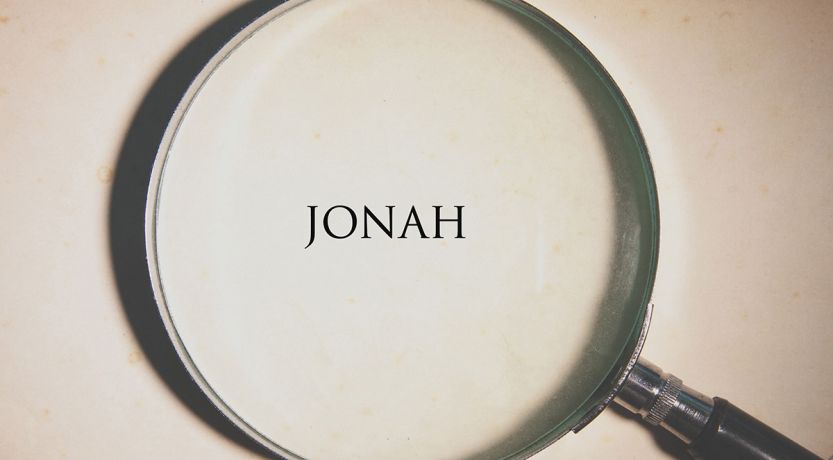 Who is Jonah in the Bible?

Jonah is identified as a prophet and servant of God during the reign of King Jeroboam II of Israel (2 Kings 14:24-25)—between 792 and 753 B.C. (Nelson’s NKJV Study Bible). The name Jonah means “dove.” His commission, as recorded in the book of Jonah (the fifth of the Minor Prophets), was to convey a message from God to the Assyrian capital of Nineveh.

The book of Jonah gives no indication of his prophetic activity in the land of Israel. It merely begins with an instruction from God to go to Nineveh and prophesy to its inhabitants. “Arise, go to Nineveh, that great city, and cry out against it; for their wickedness has come up before Me” (1:2).

Why is Nineveh important?

Nineveh was founded by Nimrod shortly after the Flood (Genesis 10:11-12); and as capital of the Assyrian empire, it rose to power about 900 B.C. Jonah likely saw the nation of Assyria as a threat to his own people, fearing what they would eventually do.

That fear would have been a well-founded one. The Assyrians were extremely brutal and cruel, even skinning their captives alive. The prophet Nahum describes them as lions, tearing and feeding on the nations (Nahum 2:11-13).

Around 740 B.C., just a matter of decades after Jonah delivered his warning to Nineveh, God used Assyria to begin the process of punishing Israel for its sins (1 Chronicles 5:26). By 721 B.C. the Assyrian army had destroyed the northern kingdom of Israel.

Instead of going northeast toward Nineveh, Jonah boarded a ship and headed in a westerly direction to Tarshish (a city likely located in modern-day Spain), but was overtaken by a severe storm.

Why did Jonah disregard God’s command? God was telling Jonah to take a message of repentance to an empire destined to destroy his own nation and people. Jonah knew what the Assyrians were capable of doing. If they listened to God’s warning—if they repented—then God might spare them, and they would remain a looming threat.

Jonah wanted to see Nineveh destroyed. Out of patriotic zeal for his nation Israel, he fled in the opposite direction. He shuddered to consider the implications if Nineveh actually responded to his message: prolonging the life of a brutal, ruthless and bloodthirsty nation threatening the existence of God’s people.

Jonah and the “whale”

Most people have heard the story of Jonah and the whale—but did you know that the Bible doesn’t specifically say Jonah was swallowed by a whale? When Jonah fled from God’s assignment, the Bible says that “the LORD had prepared a great fish to swallow Jonah. And Jonah was in the belly of the fish three days and three nights” (Jonah 1:17).

One scholar explains, “The Hebrew text of Jonah 2:1 actually reads dag gadol, or ‘great fish,’ rather than a technical term for ‘whale.’ But since Hebrew possessed no special word for ‘whale,’ and since no true fish—as opposed to a marine mammal—is known to possess a stomach as capacious as a whale’s, it is reasonable to adhere to the traditional interpretation at this point” (Gleason L. Archer Jr., A Survey of Old Testament Introduction, 1994, p. 342).

This tradition can be found in the King James Version translation of Matthew 12:40, which says Jonah was in “the whale’s belly.” Again, however, the word it is translated from is broader in meaning than whale. The Greek word ketos means “a sea-monster, whale, huge fish” (Thayer’s Greek Lexicon).

Why does that distinction matter? Some critics have questioned whether a whale’s throat would be large enough for a human being to pass through. Others have countered that it depends on the species of whale, or have argued it could have been a great fish like a whale shark. It’s important to know that the Bible doesn’t claim that the “great fish” was specifically a whale—but even more important to remember that “with God all things are possible” (Mark 10:27).

It’s easy to decide that just because we can’t see a plausible explanation for how God did something, the Bible must be wrong. But another prophet, Jeremiah, knew the truth: “Ah, Lord GOD! Behold, You have made the heavens and the earth by Your great power and outstretched arm. There is nothing too hard for You” (Jeremiah 32:17, emphasis added throughout).

Maybe God sent a whale to swallow Jonah. Maybe it was just some enormous fish God “prepared” with a bigger throat and stomach. We don’t know for sure, but it doesn’t matter. If the God who made the heavens and the earth wants to keep someone safe in the belly of a whale or a giant fish for 72 hours, He’s perfectly able to make that happen, regardless of how we think things should work.

Much later in the Bible, Jesus told His skeptics, “An evil and adulterous generation seeks after a sign, and no sign will be given to it except the sign of the prophet Jonah. For as Jonah was three days and three nights in the belly of the great fish, so will the Son of Man be three days and three nights in the heart of the earth” (Matthew 12:38-40).

(Was Jesus actually in the grave for 72 hours? Find out the Bible’s answer by reading “Sign of Jonah: Did Jesus Die Good Friday, Rise on Easter?”)

Outline of the book of Jonah :  Continued at: https://lifehopeandtruth.com/bible/holy-bible/old-testament/the-prophets/minor-prophets/jonah/?

To learn how God wants you to love Him,  explore this material:

We hope you find this helpful!”  More at: https://lifehopeandtruth.com/god/who-is-god/relationship-with-god/

“If the bulk of fast food chicken nuggets is not actually chicken meat, what’s in them?’

Below is an approximation of this video’s audio content. To see any graphs, charts, graphics, images, and quotes to which Dr. Greger may be referring, watch the above video.

“In a scathing expose of the USDA’s new meat inspection program, the Washington Post quoted a representative from the inspector’s union, who said pig “processing lines [may be} moving too quickly to catch tainted meat.” “Tremendous amounts of fecal matter remain on the carcasses,” he said. “Not small bits, but chunks.”

What about the other white meat? The Physician’s Committee for Responsible Medicine created this infographic to highlight what they consider to be the five worst contaminants in chicken products. In their investigation of retail chicken products in ten U.S. cities, they found fecal contamination in about half the chicken they bought at the store. But with all the focus on what’s in chicken products, we may have lost sight on what may be missing, like actual chicken.

“I was floored,” said the lead researcher. He “had read what other reports had said is in them and… didn’t believe it.” He “was astonished actually seeing it under the microscope.”

They conclude that actual “(chicken meat) was not the predominate component [of] either nugget.” It was mostly other tissues, concluding, “The term chicken nugget is [really] a misnomer.” From: https://nutritionfacts.org/video/autopsy-of-chicken-nuggets/

Posted by LakeConroePenny,TX at 10:41 AM