Sealaska. End of An Age. 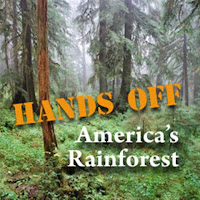 “A "sweetheart" deal working its way through Congress could allow a single corporation, Sealaska, to clear cut some of the best, oldest, most biologically-rich areas left in America's Rainforest, the Tongass National Forest in Alaska.
Help us stop this over-reaching legislation and protect the forest, along with the communities and wildlife that depend on it.”

Please help, and let you voice be heard about this here: http://www.theanimalrescuesite.com/clickToGive/campaign.faces?siteId=3&campaign=TongassLogging&ThirdPartyClicks=ETA_031110_TongassLogging_2 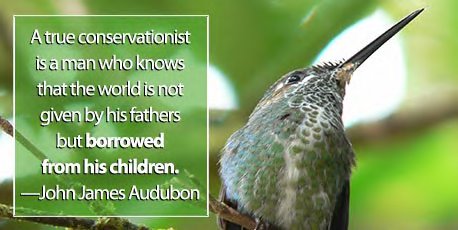 The end of an age

Although we do not know the time, one thing we know for sure is that the Bible prophesies the end of the world as we know it. But what does that mean?
When Jesus' disciples asked Him about "the end of the world," they weren't talking about "world" in the sense of our physical planet, the earth. The Greek word translated "world" is aion, from which we get the English word eon. The two mean essentially the same thing—an age, an epoch, an era .
From: http://www.gnmagazine.org/issues/gn44/world.htm
____________________

Jay and I finished getting the extra piece of fence up.  We stapled 2 x 4 welded fencing wire on the posts, before we screwed on the three cross boards.
Now people and animals won’t be able to run through there to the busy road behind my house.

Actually had to turn on the AC last night.  I expect we will be using it just about all the way through to October now.  But during the day, it is nice to have the windows open, and no AC at this time of the year.

It is really lovely weather today.

Posted by LakeConroePenny,TX at 4:50 PM

I am only one individual, but please take a moment to consider my side of this issue, as what happens soon in Congress will have a tremendous impact on my future – a future that I have worked just as hard to build as any American has. I had to put myself through college while working full-time and earn every penny I’ve ever made through hard work, and the sum of my life’s savings is invested in my home in Edna Bay, the same home I hope to live in to my last day.

If Sealaska is allowed to take ownership of the land they desire here on Kosciusko Island our lives here in Edna Bay will change in many negative ways. As you know we are a very remote community, and depend on subsistence hunting and gathering as much or more than any community in Alaska. We require an ample population of game animals for food, and with a huge amount of their habitat potentially becoming unlivable for them if this deal goes through it is uncertain if we will have sufficient game to survive on.

As you may know, our island is unique in all of Alaska in that it the only one that consists entirely of a karst topography. A large portion of the largest as-of-yet unmapped cave system in North America lies beneath the lands that Sealaksa wishes to have on Kosciusko Island. Studies have shown that the underground aquifer, the same one that supplies the drinking water for the residents of Edna Bay, flows via tremendously long and winding limestone caves through an unmapped system. Contaminants from large-scale logging or other development activities in the disputed area could easily contaminate the drinking water supply of Edna Bay. It would be irresponsible to allow any development until thorough scientific studies of the Kosciusko Island aquifer had been conducted and development disallowed in all sensitive areas.

The State of Alaska created the modern community of Edna Bay by laying out the boundaries of our lots and our town in a far-flung island wilderness for the purpose of attracting hard working Americans to live in a community that would by necessity require the natural resources of the surrounding National Forest for their survival. To take those lands away from the stewardship of the American People, and especially the people of Edna Bay, to give it to a corporation that has no intention of improving the lives of Edna Bay residents – and seems to care not that we could be very adversely affected, would be to say that the profits of the Sealaska corporation are more important than the lives of the people of Edna Bay Alaska. There must be another way to both give Sealaska the compensation it is owed, and leave the Tongass National Forest on Kosciusko Island forever untouched by private development.

I humbly request that Senator Murkowski withdraw her support of S.881 and immediately go to work on a different bill that would compensate Sealaska in some way other than the current one which would put the residents of Edna Bay and other small Southeast communities through extreme hardship during already difficult economic times.