America at a Crossroads. Be Anxious for Nothing.

America at a Crossroads, Which Path Will It Take?

“What’s driving so much division and chaos in American society today? Why are there such starkly different visions of the nation’s future? What does this mean for you? 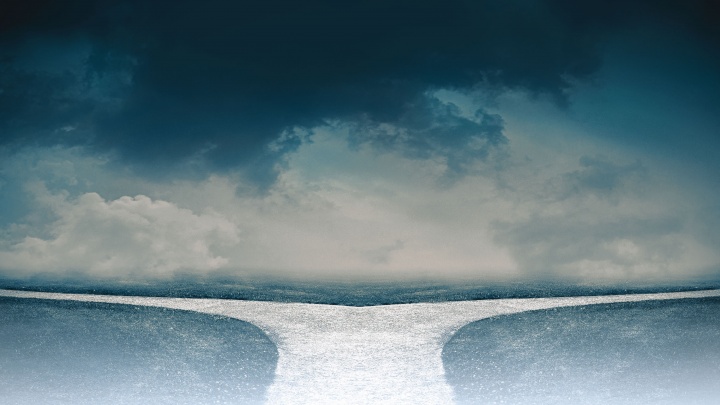 Today America is again deeply divided. It stands at a crucial crossroads.

And to make their message perfectly clear, the crowd, many among them declaring support for Black Lives Matter, broke windows, smashed cars, vandalized businesses and attacked police officers.

Perhaps what is most surprising about this scene is that it wasn’t surprising at all. It was only a matter of time before crowds that toppled statues of major American historical figures (including some who played key roles in the nation’s struggle to end slavery), that burned and vandalized hundreds of businesses and that called for the murder of police would at some point end the charade and make their intentions plain for the world to see.

Their goals have been made clear in other chants as well. In addition to the common “No justice, no peace,” marchers have called for the burning of police stations (“Every city, every town, burn the precincts to the ground!”), support of criminals (“Who do we protect? Black felons!”) and overthrow of elected governments (“You can’t stop the revolution!”).

Our reason for producing the Beyond Today magazine and television program is to present God’s perspective on what’s happening in the world and to explain it from His Word, the Holy Bible.

The Bible contains many prophecies about conditions in the time leading up to the return of Jesus Christ, and we explain world conditions in the light of Bible prophecy. If you don’t care what God thinks, you might as well stop reading now. But if you want to really understand what’s going on in our world and forces at work to transform America into something very different, read on.”

Will we destroy ourselves?”    Continued at: https://www.ucg.org/beyond-today/beyond-today-magazine/america-at-a-crossroads-which-path-will-it-take

Be Anxious for Nothing

Be anxious for nothing, but in everything by prayer and supplication, with thanksgiving, let your requests be made known to God; and the peace of God, which surpasses all understanding, will guard your hearts and minds through Christ Jesus.

“Anxiety is our natural reaction to the troubles of this life, but Paul reminds us of some of the antidotes to worry. We can turn our worries over to God through fervent prayer. Paul encourages us to include thankfulness in our prayers to help us have the proper perspective. Being thankful requires us to step back and see how God has helped us and others in the past. This helps us to remember God’s power and His faithfulness.

And God will respond to these requests delivered in thankfulness. He offers a spiritual peace of mind that is beyond human comprehension. Though our minds are a battle zone, God will provide a guard to protect us.

For more encouraging scriptures, see our article on “Encouraging Bible Verses.” For more about overcoming worry, see “Enemy of Faith: Worry” and “Coping With Anxiety.” From: https://lifehopeandtruth.com/bible/blog/be-anxious-for-nothing/?

[Steve Myers] “There's a passage in Mark that caught my attention the other day, that normally when you look at it, you wouldn't think it necessarily applies much today. But after thinking about it a little more, I think it really does. It's over in Mark 6. Mark 6, starting in verse 7. And this is when Christ is talking to the disciples and He's gonna send them out to preach and teach. And here's what He gives them for instructions. It says He called the 12 to Himself, and began to send them out two by two, and gave them power over unclean spirits. So oftentimes, we focus on that section of the passage, that Christ is sending them out to be examples, and preaching and teaching, and have the power of God. But then He also says this, He commanded them to take nothing for the journey, except a staff, no bag, no bread, no copper in their money belts, but to wear sandals, and not to put on two tunics. So you think about verse 7. And you look at that and it's like, "Wow, they weren't supposed to do much of anything in preparation."

And as I thought about that, in a sense, Christ is saying, "You guys, you need to live like me," where Christ wasn't dependent on physical things. Christ lived his life, in full dependence on the Father. And as I began to think about this, it leads right to that fact that God can and God will look after us.

I mean, right now we're living in interesting times, with so many challenges around us. And whether it's COVID-19, or whether it's an election, or whether it's just the uncertainty of whether my job will continue, the economy, will it be okay? What's going to happen? All of those things, I think, come back to this word that Christ gave His disciples, that we don't have to be overly anxious. We don't have to be overly worried because Christ can take care of us. When we put our reliance on God, we don't need a bag we don't need bread, we don't need money. We can just wear sandals. We don't need an extra coat. Because ultimately, our spiritual dependence is on God, and God promises to take care of us.

So we can take that to heart. Let's lean on that promise. Let's be reminded that we walk by faith, not by sight. And whatever it may look like around us, that's not reality. The reality is, I don't have to be overly anxious because I am always in God's care.” From: https://www.ucg.org/beyond-today/beyond-today-daily/anxious-0

Posted by LakeConroePenny,TX at 4:14 PM