How Did a Pagan Holiday Become a 'Christian' Celebration? What Does God Say About Witches and the Occult? Update.

How Did a Pagan Holiday Become a 'Christian' Celebration?

“Originally Halloween was a pagan festival oriented around fire, the dead and the powers of darkness.” 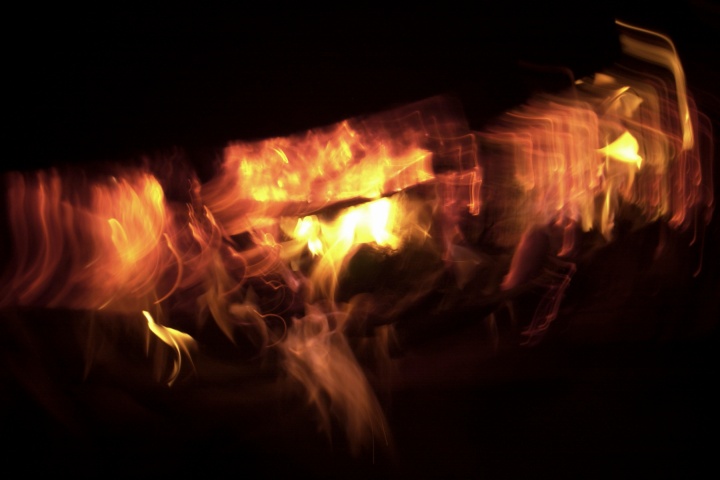 “God's explicit instruction to not use pagan practices to worship Him.

Most everyone knows that Halloween takes place on Oct. 31. Far fewer, however, understand the connection between Halloween and the next day on the calendar, the festival of All Hallows’ or All Saints’ Day, celebrated by some churches and denominations Nov. 1.

One author surmises that All Saints’ Day was established to commemorate the saints and martyrs of the Roman Catholic Church and was first introduced in the seventh century (Man, Myth, and Magic, Vol. 1, 1983, p. 109). Oddly enough, history shows that Halloween—this ancient, thoroughly pagan holiday with its trappings of death and demonism—is inseparably tied to All Saints’ Day.

Pagan festivals from time immemorial have had a curious way of worming their way into Christianity over the centuries. The Encyclopedia of Religion explains that “the British church attempted to divert the interest in pagan customs by adding a Christian celebration to the calendar on the same date as the Samhain [the ancient Celtic name for the festival that eventually would be renamed Halloween].

A bit more at: https://www.ucg.org/the-good-news/how-did-a-pagan-holiday-become-a-christian-celebration

What Does God Say About Witches and the Occult?

“There shall not be found among you anyone who makes his son or his daughter pass through the fire, or one who practices witchcraft, or a soothsayer, or one who interprets omens, or a sorcerer, or one who conjures spells, or a medium, or a spiritist, or one who calls up the dead. For all who do these things are an abomination to the LORD, and because of these abominations the LORD your God drives them out from before you.”

God outlawed witchcraft and other pagan practices that appealed to the evil spirit realm for their power. To God, it was an abomination for His people to seek help from Satan and his demons. Still, the Israelites were enticed by these practices again and again.

This was not just an Old Testament concern. The new converts to Christianity also took the subject of magic seriously (Acts 19:19). The apostle John also warns that those who practice witchcraft must repent or they will end up in the lake of fire—the second death (Revelation 9:21; 21:8).

How did Western, so-called Christian nations get caught up in a holiday like Halloween that dabbles in the darkness of evil spirits, witchcraft and the occult? See our article “Halloween: Should Christians Celebrate It?”

Oh! There is always something when you are doing all new plumbing!  Some little part that you forgot to get, but we have a lot of it dry fitted now.  Still trying to decide whether to use the 20 year old water heater or to buy a new one.  Then we had to steam clean my carpets again, and we pressure washed the front of the houses.  We did the back a couple of weeks ago.

My helper Roy’s acid reflux has been a lot better since he has been trying to stay away from wheat and gluten. For the times when he eats lunch here I have bought gluten-free bread, crackers, waffles, cereal, etc.  All these years he suffered terribly with acid reflux which caused him to lose over 100 lb, but now I think it is solved.  He is trying to cut back on sugary food too, as it seems to ferment in his insides.  That is difficult for a sugar addict!  Do they have Sugarholics Anonymous?

My foster littens are now at our SPCA Cat Habitat at Petco in Conroe.  They will go for their neutering and spaying on the 1st., and be back at the habitat as quickly as they can.  Mandy, the Sheltie dog is still so scared and shy of every thing, and some foods upset her, but she isn’t very good at communicating, that is why we had to clean my carpets again so soon.  Even if the vacuum cleaner is standing there quiet and as upright as a soldier, she is scared of it.  But she does bark when she sees a stranger near the house, so she is good for something.  The gal who used my credit card after the robbery is now out of prison, so Mandy is a comfort to me.

On the Sabbath the whole congregation enjoyed themselves immensely as usual, even though there was one important person/guitarist missing, he had hurt his back.  Our wavering and wobbly singing without his vocal lead and musical accompaniment was really pathetic, but we loved it.  I took a beef and cabbage dish in a crockpot, and a carrot-potato-onion-cheesy casserole.  Someone gave me several pounds of huge carrots that needed to be eaten so that was what I made with them, and some carrot-raisin salad made with orange juice.

Posted by LakeConroePenny,TX at 4:37 PM

Christmas used to be the yule season which was a pagan holiday, I believe. It seems that a lot of the holidays that we celebrate used to be or fell on or near the same date as pagan holidays of old.

Yes, it is a shame that paganism has crept into the churches today and considered to be the real thing. It was once explained to me thus: If you were offered a glass of water with one drop of sewage in it, you wouldn't want it. God doesn't want our worship to Him to be contaminated with paganism either. To God, it is an abomination for His people to seek help from Satan and his demons.

But the truth is there in the Bible, we only have to read and try obey his commandments.