The ISIS Threat: Where Is God? Feast of Trumpets. Wheelcart Dogs. Update.

The ISIS Threat: Where Is God?

In this photo taken June 23, 2014, fighters from the group calling itself the Islamic State parade in a commandeered Iraqi security forces armored vehicle down a main road at the northern city of Mosul, Iraq. (AP)

"The news about ISIS becomes more frightening every day. With the U.S. planning more airstrikes against this group, where is God and how should we respond?

For 13 years the West focused on the terrorist threat from al-Qaeda. Now the world is focused on Syria and Iraq as ground zero of a new, even more dangerous terrorist organization—ISIS (Islamic State of Iraq and Syria).

The threat posed by ISIS is growing more serious by the day. ISIS is:

Many are warning that the threat posed by ISIS to Western nations is similar to the threat level of al-Qaeda before 9/11. President Obama announced in his Sept. 10 address to the American people that the United States will be assembling a coalition of nations against ISIS and will launch additional airstrikes, even into Syria, to weaken the terrorist organization.

Asking the question: Where is God?"

Rest of article at: http://lifehopeandtruth.com/prophecy/blog/the-isis-threat-where-is-god/   By Ron Kelley - September 17, 2014 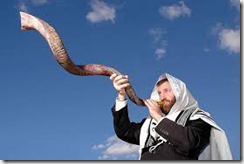 "Then the seventh angel blew his trumpet, and there were loud voices in heaven, saying, 'The kingdom of the world has become the kingdom of our Lord and of his Christ, and he shall reign forever and ever'" (Revelation 11:15, English Standard Version).

The Day of Trumpets heralds the intervention of God in the affairs of humanity on a global basis—a dramatic turning point in world history and the return of Christ to this world." 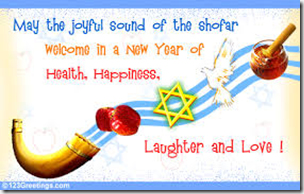 "Rosh Hashanah occurs on the first and second days of Tishri. In Hebrew, Rosh Hashanah means, literally, "head of the year" or "first of the year." Rosh Hashanah is commonly known as the Jewish New Year. This name is somewhat deceptive, because there is little similarity between Rosh Hashanah, one of the holiest days of the year, and the American midnight drinking bash and daytime football game.

The name "Rosh Hashanah" is not used in the Bible to discuss this holiday. The Bible refers to the holiday as Yom Ha-Zikkaron (the day of remembrance) or Yom Teruah (the day of the sounding of the shofar). The holiday is instituted in Leviticus 23:24-25."

The Shofar, the Rapture and the Feast of Trumpets

"What do these terms have to do with Christ's return? You need to separate truth from fiction.

Most Christians find little meaning in the Feast of Trumpets, but this day holds an important message for you and your future?

The truth is that the Feast of Trumpets is a celebration of one of the most important times for both Jews and Christians. It is a day that celebrates events that are yet to happen!"

And in the Animal Kingdom:

"Five of the dogs have missing limbs, but wheelcarts allow them to romp and play happily with their four-legged companions."

This week I went back to the chiropractor and he adjusted my back so that my knee is no longer hurting and swollen.

A friend had brought a Hoover Quick and Light carpet shampooer over here for me to sell.  We had to try it out before offering it for sale.  It is a lot lighter weight than my big Hoover carpet shampooer, and it seemed to take longer.  The water that it picked up out of the carpet was quite grubby, so we know it was working.  But my carpets haven't been cleaned as often since I was in the hospital.   We don't use soap in the tank, just Borax and Oxyclean.  I only have two rooms of carpet and now they are all bright and clean again.

Ray drilled a hole in the bottom of some cups with a little diamond hole saw.  What for?  Any mugs that have hairline cracks so they can't be used for drinking anymore are turned into little planter pots for aloe.  They sell quite well at the flea market.

The Teaching was about "The Day of Creation".  It was about the different accounts of the creation in Gen 1:1,26-31 and Gen 2:4-7.  Some Bible scholars say that the first account in Gen 1 was many, many thousands of years ago, and it was the First Earth Age and was destroyed at the same time as the dinosaurs.  Then God made The Second Earth Age (the present) starting over with Adam.   But in Gen 2:1 it says this about the six days of creation: "Thus the heavens and the earth, and all the host of them were finished."

So our pastor says that one is a bird's eye view of the creation and the other is an extra, more detailed account of how Adam came into being.

Other Bible scholars say that the carbon dating is all wrong, and that when the Great Flood came it destroyed the dinosaurs and there was also a large upheaval from the center of earth so that is what causes fish fossils to be found on top of mountains. Gen 7:11 says: "….the same day were all the fountains of the deep broken up and the windows of heaven opened."

It's all different points of view, and different interpretations of the Bible. And wars have started over that!

There was nothing to start a war about the church potluck, everything was great and peaceable as usual, and we all enjoyed the fellowship and good food.

This next week we will be observing the Feast of Trumpets starting on the evening of 25th.  So we will be going to the church at 11.00 am on the Friday, 26th then the regular Sabbath service on the 27th.  It should be a great couple of days.

Posted by LakeConroePenny,TX at 5:13 PM

Great post. I always seem to learn something from your blog postings. Keep up the good work and God bless you.

I hope that I can live up to your expectations in the future.