Several items for Mammal Monday, some not mammals:
WCS RUN FOR THE WILD---  Register Now and Save

"What do sea lion whiskers feel like? Find out, first-hand!
A kiss from a sea lion is just one of the amazing prizes you'll be eligible for as you raise funds for the WCS Run for the Wild at the New York Aquarium, taking place Sunday, October 9 on Brooklyn's famous Coney Island Boardwalk. Sign up by Sunday and use discount code AUGUSTWM to save $5 off the entry fee. Your registration also includes all-day access to the aquarium and a free commemorative t-shirt for this inaugural event.
So bring your sneakers – and yes, families too! – and join us to support WCS's mission to save turtles and other imperiled wildlife at the New York Aquarium and around the globe. You'll start earning prizes when you raise as little as $35 for the cause.
Thank you in advance for your support.

Nearly 50 dogs were rescued off two separate properties in North Carolina - one in Pamlico County and another in Jones County. Both were suspected dogfighting operations. 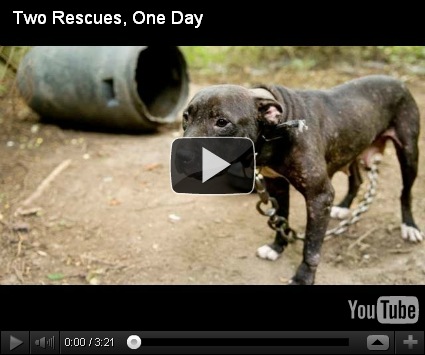 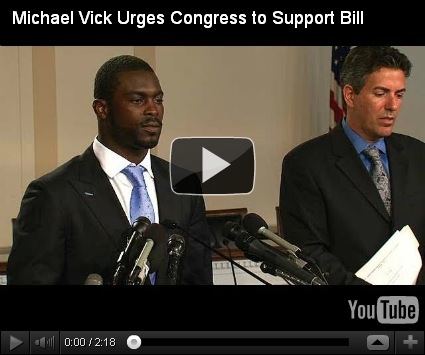 "At a press conference, NFL star Michael Vick and HSUS President and CEO Wayne Pacelle announced their support for The Animal Fighting Spectator Prohibition Act. The bill would penalize criminals who finance and bring children to animal fights."
________________________

Bringing Back the Blue Iguana 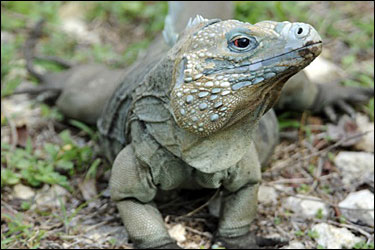 "Not all of Grand Cayman's bathing beauties took a cruise ship or a plane to get to the island's sun-soaked beaches. Some have been there all along. Take a 5-foot-long turquoise lizard, known to relatively few of the island's visitors and nearly extinct just a decade ago.
Though blue iguanas once ranged over much of the island, by 2002, habitat loss, predation by dogs and cats and car-related mortalities had reduced their numbers to just 10-25 individuals. A consortium of partners stepped in to create the Blue Iguana Recovery Program and went on to breed, care for and release more than 500 of the critically endangered reptiles into the wild.
WCS has been contributing veterinary expertise to the rescue effort for the past decade. Early this summer, a group of WCS health experts that included Dr. Paul Calle, Director of Zoological Health for the Bronx Zoo, traveled to Grand Cayman to conduct health exams on a group of blue iguana youngsters before their release.
To hear about Dr. Calle's experience there and to find out more about the Grand Cayman blue iguana – "a striking animal, primordial... almost like a dinosaur... and very observant," as he says – watch this audio slideshow. "

"Behold the moustache toad. Hidden in the remote mountains between China and Vietnam, this bearded beauty has eluded the lens of scientific research for some time. Now, a crew of young conservationists is working to change that.
As development encroaches on the moustache toad's habitat, herpetologist Ben Han and his team are on a mission to study and protect the many rare frogs that hop and crawl within these borderlands."
To learn more about the team's work, read The New Faces of Conservation: Q&A with Ben Han.

"The owner willingly surrendered the animals, admitting that they were housed in unhealthy conditions and lacked proper socialization and medical care. The Southwest Llama Rescue and Southeast Llama Rescue took the 19 llamas—including 14 pregnant females—and have placed them in sanctuaries in Colorado and Illinois.
“We are pleased that the owner contacted us when the care of her animals became too great for her to handle alone.  Many of these llamas had never been handled and were in need of substantial grooming and medical care,” said Jocelyn Nickerson, Nebraska state director for The Humane Society of the United States. “The Humane Society of the United States is proud to work with rescue groups to give these animals the second chance they deserve.”
When responders arrived at the ranch, they found that the llamas were well-fed, but needed foot maintenance, significant grooming, tooth care and socialization. Many, if not all, of the females were pregnant and in need of specialized birthing facilities. The property owner and llama breeder showed the animals nationally until 2009 when an injury left her unable to care for them properly."
More: http://www.humanesociety.org/news/press_releases/2011/08/hsus_assists_gordon_08112011.htm
_________________

A Toxic Warning in Black and White

"This little guy doesn't look dangerous, but the African crested rat packs a surprise for hungry predators. The rodent chews on poisonous bark then slathers the spit on the sides of its body. Take that! If they survive, predators are sure to think twice before eating another black-and-white rat."
__________________

"A recent study by WCS researchers in Afghanistan revealed that snow leopards, Asiatic black bears, gray wolves and other endangered wildlife species are surviving in parts of Afghanistan.
Despite ongoing violent conflict in the country, WCS conservationists continue to work with local communities to protect the nation's natural heritage.
TIME.com recently visited the Himalayan Highlands exhibit at WCS's Bronx Zoo to speak with Asia Program Director Joe Walston on our work in Afghanistan and produced this video report.

"The first photos of these elusive cats prove that there's still hope for the future of snow leopards in Afghanistan. But the effects of 30 years without effective management practices to limit unregulated logging and hunting mean that the country's wildlife and their forest habitats are very much at risk.
WCS's answer: training and education. Our community-based programs in Afghanistan employ some of the same time-tested tactics we use in more than 60 countries throughout the world to save wildlife and wild places."
___________________

Post a New Property
Even vets, shelters, and boarding kennels along the way:

I didn't even call Jay to see if he was ready to be picked up.  He had a 'kling-on" lad arrive here while he was working on Saturday, so I didn't want Jay working if that was going to happen again.  The young kid is a clean cut looking young man, 13 years old I believe, but his Dad won't let him stay at home, so he sleeps and eats where ever he can.    Or maybe his Dad is a drunk, and the kid prefers not to be there.  Sometimes he sneaks a night on Jay's mother's swing set, and hangs around Jay a lot.  I hope Jay isn't giving him beer.
But I think his clean look and overly nice manners are just a 'grifter' front, as in http://www.thefreedictionary.com/grifter .  I didn't like it when he went into my workshop, and then remarked that he had never seen so many different tools all in one place.   I got the feeling he was 'casing the joint'.  People in this subdivision keep on saying "Someone should contact CPS", but no one ever does, as they never know where he is going to be.  It is pitiful these days, with all the throw-away children.

Then, while Ray and I were working yesterday, a pry bar was found to be missing, (now, that's an oxymoron) from it's hook on the pegboard, so you know where I thought it had gone.  Hopefully it will show up, and I am wrong.  That will teach me not to pre-judge.

It was better that Ray and I were doing these jobs, as Ray is more persnickety than Jay.  With some of the black butyl rubber window flashing stuck on a piece of paper, we applied different adhesives to see how it would react.  The last thing we wanted to do was to use staples on the white trim, as that was what we were trying to cover up.   There are no screws on that trim on the left side or the top of the door, as that trim is part of the door.  I had some heat and cold resistant, waterproof glue (E6000) that seemed like it was going to work well.

We wanted to make sure that there would be some 'slip' or 'mistake time', as the white trim had to be lined up exactly, so we taped pencils over the black flashing, so it couldn't 'grab' right away.

Starting at the top, Ray lined up the white trim even with the piece on the top of the door, while I matched it up to the first hinge, then gradually worked it down to make sure it was all going to be in the right place.  Ray removed the first pencil and glued that in place, then we carefully stuck it all the way down the right side.  The hinge lag screws were re-installed through the trim, and the door opens fine.
So now both sides match, and all the old staples on the siding are covered up.

Then we routered the Formica on the cargo trailer's table top.  So the table is done, too.

In the afternoon I had a phone call from our SPCA regarding the lady who adopted "Pal", one of the orphan kittens that I bottle raised.  She is thinking about adopting one of his little sisters, too.
Hopefully, it will be inquisitive little  "Pebbles", as they were inseparable as babies.

Gentle little "Precious" fits in here better,  and even old Bobcat will playfully paw at her, so I can let Precious live in the house with us, and shut down the Grooming room and Middle room.  Precious and Pebbles have been having a couple of hours of 'house time' each day, just to get them used to it.

If Pebbles gets adopted, that would make my day.
Posted by LakeConroePenny,TX at 6:52 AM

Thank you for your comment, Karen and Al.
Still waiting to hear about Pebbles. 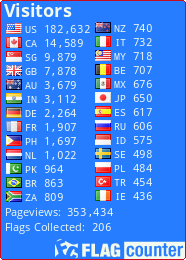